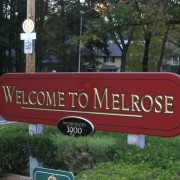 Senator Jason Lewis and Representative Paul Brodeur are pleased to announce that the City of Melrose will receive a $3,400 grant for its Civil War monuments restoration project through the Civil War Preservation grant program, as part of the recognition of the Civil War’s 150th anniversary (sesquicentennial).

“Part of what makes our Commonwealth so unique is how our state’s history is so inextricably tied to our nation’s history,” said Senator Lewis.  “It is important that we preserve these invaluable reminders of our history so that we can best educate the next generation about their heritage, and inspire them to want to play an active role in shaping the next chapter of Massachusetts’ history.”

“Massachusetts has played an integral role in the history of our country,” said Representative Brodeur. “This grant ensures that we preserve those memorials and reminders of our storied history for generations to come.”

With assistance from the grant, the City of Melrose will make aesthetic upgrades to Memorial Hall, and repair and preserve many of the Civil War headstones located in Wyoming Cemetery.  The proposed project will restore the copper wreaths and headlights at Memorial Hall.  The project will also add monuments to the Grand Army of the Republic (GAR) Memorial in Wyoming Cemetery, as well as clean and restore Civil War graves located in the cemetery.

The entire project is proposed to cost $6,803. This is a combined sum of the cost of the markers ($1,250), landscaping of the cemetery site done by the Eagle Scouts ($560), special markers ($443), resetting of stones in the cemetery ($1,050), the memorial preservation costs ($2,250), and the copper wreath ($1,250).  They have received a letter of support from Melrose Mayor Robert J. Dolan, and have raised $3,000 through “Operation Gettysburg,” which raises money to send Melrose veterans to the Gettysburg National Military Park.  They have a number of organizations involved, including the Melrose Veterans Advisory Board and the Melrose Veterans’ Memorial Middle School, and will also be receiving in-kind contributions from the city’s Eagle Scouts.

The Civil War Preservation grant program recently awarded nearly $180,000 to 37 cities, towns, and non-profit groups across the Commonwealth for the preservation of Civil War memorials, monuments, historic documents, books, and more.  The program provides matching grants of up to 50 percent of a project’s total cost, but not exceeding $7,500, to preserve existing Civil War memorials, monuments, gravestones, document collections, and more. Applicants were either municipalities or non-profit organizations including libraries, historical societies, museums, or universities.

“Massachusetts leads the nation in providing resources and benefits to our veterans and military families utilizing innovative collaborations to maximize resources,” said Department of Veterans’ Services Secretary Coleman Nee. “This Commission is another great example of state, local and private organizations working together to preserve the history of the Civil War and ensure that future generations will remember the sacrifices and honor the memory of the brave men and women who came before them.”