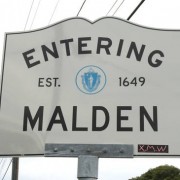 Senator Jason Lewis is very pleased to announce that he was successful in securing funds for the Malden Community Conference Center project in the capital bond bill passed by the Senate this week.  The conference center would be constructed in concert with the planned minor league baseball park currently in the development stage.

“Local economic development is one of my highest priorities, and this project promises to be an economic boon to Malden,” said Senator Lewis.  “The project will bring more jobs to Malden, and the completed facility will benefit the entire region economically and recreationally.  It is yet another statement that Malden is one of Massachusetts’ premier cities.”

“This plan is a great investment for the citizens not only of Malden, but also the surrounding communities,” said Representative Donato. “I am looking forward to the economic benefits as well as the positive impact the development will have on the community.”

The Senate and House will now forge a compromise bill for final passage before it moves to the Governor’s desk.

Column: Earned Sick Time: Protecting Our Workers, Our Public Health, and Our...
Scroll to top