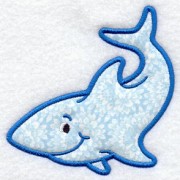 Senator Jason Lewis is pleased to announce that his legislation to eliminate the cruel shark fin trade in the Commonwealth unanimously passed the Massachusetts Senate today.  Having passed the House of Representatives in May, the bill will move to Governor Deval Patrick’s desk for his signature.

The practice of “shark finning,” which is both morally repugnant and harmful to the health of our oceans,  is when a shark’s fins are sliced off, often while the shark is still alive, with the mutilated shark thrown back into the ocean, unable to swim and left to die.  The fins are primarily used to make shark fin soup.  While the practice of shark finning is prohibited by both federal and state law, the market for fins continues to promote the practice in foreign and international waters.  Currently, more than a dozen restaurants and businesses in Massachusetts sell shark fin soup and shark fin products.

Senator Lewis’ legislation, H. 4088: An Act relative to ocean ecology and shark protection, will ban the import, sale, trade, or possession of shark fins in Massachusetts, to be enforced by the Department of Marine Fisheries.

“Taking steps to diminish this unspeakably inhumane practice isn’t just a moral issue about preventing cruelty to animals,” noted Senator Lewis.  “This is also an important environmental and economic issue.  Healthy shark populations are vital for a functioning ecosystem in our oceans.  Removing Massachusetts from participating in the cruel shark fin trade is the right thing to do morally, environmentally, and economically.”

In addition to having the support of a wide coalition of organizations, including the New England Aquarium and Massachusetts Society for the Prevention of Cruelty to Animals (MSPCA), one of the bill’s most visible advocates has been Sean Lesniak, a nine-year-old activist from Lowell who has been fascinated by sharks since he was three-years-old and originally conceived of the proposal while watching Shark Week on the Discovery Channel.

“Watching Shark Week, I found out that sharks were getting finned, and I wanted to do something about it.” said Lesniak.

“We’re thrilled that the Massachusetts Legislature is continuing to play a leadership role in promoting ocean health by protecting this critically important species and restricting market access to reduce the demand for shark fins,” said Meghan Jeans, Director of Conservation for the New England Aquarium.

“The MSPCA was excited to work with a broad coalition of conservation and animal protection organizations on this bill, demonstrating such strong support that it passed on its first time before the Legislature,” said Kara Holmquist, Director of Advocacy for the MSPCA.

Governor Patrick is expected to sign the bill into law in the coming weeks.

Column: Reflecting on the Fourth of July
Scroll to top