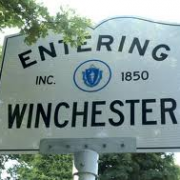 This week, the Massachusetts Senate passed an environmental bond bill; and, Senators Jason Lewis and Pat Jehlen are pleased to announce funding in the legislation directly benefiting the town of Winchester.

“This important funding will address a critically urgent need for Winchester,” said Senator Lewis.  “Better flood preparation is a necessary investment that will benefit the families of Winchester and stem environmental and economic problems in the future from preventable flooding.”

“Flood mitigation projects for the town of Winchester will greatly benefit our community by preventing possible flooding damage and economic hardships by maintaining the existing watershed,” said Senator Jehlen.

Another noteworthy feature of the environmental bond bill is that it establishes a Climate Change Adaptation Infrastructure Investment Fund for projects related to seawalls, jetties, revetments, retaining walls, and inland flood control, which will allow Massachusetts to better prepare for the impacts of climate change.

Additionally, the bill included a number of provisions to improve the Commonwealth’s energy efficiency and enhance our environment, including: $310 million for the accelerated energy program to improve the energy efficiency of state-owned facilities; $75.4 million for the Department of Environmental Protection for investment in water and air quality protection; $10 million for the Department of Energy and Resources’ Leading by Example Program to reduce greenhouse gas emissions and other environmental impacts; $5 million for recreational trails matching grants; and, $3 million for oil or hazardous waste assessment, containment, cleanup, control, removal, or response.

With the state House of Representatives having passed their version of the environmental bond bill, the Legislature will now form a conference committee to negotiate a compromise between the two bills.