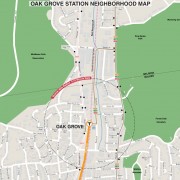 Joined by a number of legislative colleagues, Senator Jason Lewis submitted a letter to the Massachusetts Bay Transportation Authority (MBTA) and Keolis Commuter Services, the private operator contracted to operate the commuter rail lines, calling attention to the wholly inadequate commuter rail service provided by the MBTA and Keolis along the Haverhill and Lowell lines.

“The continued service reduction is as indefensible as it is harmful to families’ economic well-being and quality of life,” said Senator Lewis.  “Nearly as troubling as the service reduction is the lack of consistent, reliable information from the MBTA and Keolis to commuters who are too frequently being literally left out in the cold.”

Last month, Senator Lewis submitted an op-ed column, which can be read at SenatorJasonLewis.com, drawing further attention to the urgent need for reliable public transit services and reviewing the origin of the MBTA’s financial difficulties contributing to current service failures.

The full text of the letter to the MBTA and Keolis reads:

Communities we represent in the Massachusetts Legislature are serviced by the Lowell and Haverhill commuter rail lines.  We are writing on behalf of our constituents to communicate the frustration and economic hardship caused by the unacceptably diminished level of service.

We recognize that the sheer volume of snow falling in a condensed period of time has been unprecedented.  However, the severe reduction in service at this point, along with continued delays amplifying the harmful impact of the service reduction, is indefensible.  Countless constituents have contacted our offices to report that scheduled trains don’t materialize or arrive only after significant delays, and those that do arrive are already so jam-packed with riders that those waiting are unable to board the train.  Compounding the frustration is the fact that many of these commuters purchased MBTA passes in advance and find that they are not receiving the transportation services for which they have already paid.

This is especially detrimental for inbound morning commuters on the Haverhill line for which the woefully inadequate “recovery” schedule offers preposterously few trains.  It is absurdly untenable that, if a Wakefield commuter misses the 7:36am inbound train (or if that train is too jam-packed to board), his or her next train doesn’t arrive until 10:45am.  This is simply outrageous.

We want to remind you that unreliable public transit is not simply an inconvenience.  Because many of these harmed commuters are simply trying to get to and from their place of work, and they depend on the reliability of the MBTA to make their living, it is truly economically injurious to the families we represent in the legislature.

Additionally, what our constituents find just as frustrating as the lack of service is the lack of communication from the MBTA and Keolis about the reality of the situation.  If a commuter cannot count on the service expected, it is incumbent on you to inform them quickly and accurately as to the situation so that the commuter can do their best to plan accordingly and minimize the harm done.

We strongly encourage both the MBTA and Keolis to return to a full schedule as expeditiously as possible.  Additionally, where passengers cannot board trains due to overcrowding as a result of cancelled trains and delays, the MBTA and Keolis should provide shuttle buses or other alternative transportation in order to get commuters to their destinations.

Thank you for considering the concerns we have laid out in this letter.  Please do not hesitate to contact us with any questions or if we can be of any assistance.  We hope you are doing everything imaginable to ensure that full service for the commuter rail is restored as soon as humanly possible and that all possible steps are taken to mitigate shortcomings in the meantime.

Column: Strengthening Public Education for All Our Children
Scroll to top