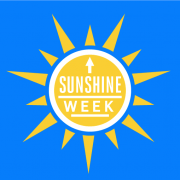 It’s time for Massachusetts to seize the title of “Sunshine State” from Florida.

No, we’ll never be able to compete with the citrus kings of the south for year-round beach weather.   And while we’d all welcome more sunlight this time of year, we’re talking about a different kind of sunshine.

March 15-21 is Sunshine Week, the yearly nationwide celebration of access to public information.  As lawmakers, we believe that government belongs to the people.  We want to ensure that when people have questions about how our laws and policies are being implemented, they can get honest and direct answers.  To keep our democracy healthy, it’s essential that journalists, activists, and average citizens can find out how — and how well — our government is working.  That’s why we’ve filed state legislation, the “Act to improve access to public records,” to increase government transparency and accountability by updating the Massachusetts public records law.

Under the leadership of House Speaker Robert DeLeo and former Senate President Therese Murray, in 2009 the Massachusetts Legislature passed significant reforms of ethics, campaign finance and lobbying laws.  This improvement in the public records statutes is the next logical step in the reform process.

Which brings us back to Florida, dubbed the Sunshine State not only for its beaches but for its robust Sunshine Law.   Florida’s Sunshine Law is the state’s version of the federal Freedom of Information Act.  Like the Massachusetts public records law, Florida’s law gives the public a broad right to access government information upon request.

The difference?  In Florida that right to public records is enforceable, whereas in Massachusetts it’s theoretical.

Under current Massachusetts law, there are myriad ways government agencies keep public records hidden from public view.  For one, agencies routinely exceed a 10-day limit for responding to requests, sometimes dragging their heels for months or even years.  Some simply never respond.  The punch line “How about never?is never good for you?” too often describes the government’s response to public records requests.   What’s more, most government agencies either don’t assign specific personnel to handle public requests, or don’t publicly identify those folks.  As a result, citizens seeking information from the government simply hit a brick wall.

Even when they do respond, too often agencies charge outrageous fees—to the tune of many thousands of dollars—for compiling, redacting, and copying records, most of which could be provided electronically at little-to-no cost to the government.  Unless your name is Gates, Buffett, or Trump, astronomical charges for public records usually mean that the information will never see the light of day.

Our bill would fix the Massachusetts public records law.  It would ensure that every state agency names a point person to facilitate freedom of information requests.  It would limit the fees agencies can charge for public records.  And it would further reduce costs by promoting the delivery of electronic records instead of paper.

These simple improvements to modernize the public records process would save time and money and help to restore public trust in government.

Most important, our bill would provide an incentive for government agencies to respond openly to information requests instead of reflexively shielding records from the public.  Today, Massachusetts agencies are able to get away with simply refusing to follow the law.  So while some agencies deserve credit for answering public records requests, others hide behind our weak statute and keep the public in the dark.  In Florida, by contrast, if a court finds that an agency unlawfully denies a person access to public records, the agency will have to pay the requester’s attorney fees.  That’s a powerful motivator to follow the law in the first place.

The absence of enforcement makes Massachusetts a major outlier.  Forty-six states and the federal government empower or require courts to award attorney fees in various circumstances when records are unlawfully withheld?but not Massachusetts.

No wonder Massachusetts got a failing grade on a 50-state comparison of transparency laws!  That’s also why organizations across the political spectrum?from the Pioneer Institute to the League of Women Voters?find common ground in urging reform.  Robust access to public records is not a threat or a nuisance; it’s the bedrock of our democracy.

It’s time to let the sunshine in by fixing our broken public records law.  A week of actual sunshine in the Commonwealth seems like wishful thinking this time of year, but smart reforms to increase government openness are within reach and will help Massachusetts shine all year round.