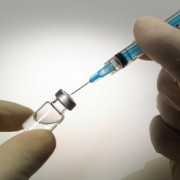 Last month, the Hinton State Laboratory in Boston confirmed Massachusetts’ first case of measles in 2015.  Preparedness – specifically our relatively high immunization rate against measles – has largely allowed the Commonwealth to avoid significant outbreaks.  In the last decade, only 2006 (19 cases) and 2011 (24 cases) saw the number of confirmed cases of measles in the Bay State rise above single digits.

As Dr. Monica Bharel, Massachusetts Commissioner of Public Health, noted, “Over 95% of students in Massachusetts have already been vaccinated against measles, making a widespread outbreak unlikely.  Fortunately, the measles vaccine (called MMR) is safe and highly effective.  As most measles cases in the U.S. have been among unvaccinated people and people who don’t know their vaccination status, this provides an opportunity to remind people to confirm their immunization status with their healthcare provider, and for parents to have their children vaccinated.”

I was proud to sponsor the Act Establishing the Childhood Vaccine Program in our state legislature.  This legislation, which passed into law in February 2014, created a stable financing framework enabling Massachusetts to ensure that all children from birth to age 18 have access to all the vaccines recommended by the CDC Advisory Committee on Immunization Practices, which sets national standards for immunizations.  In other words, we made sure that all children in the Commonwealth would have guaranteed access to needed vaccines.

Massachusetts has a proud history as a proactive leader in vaccinations for public health.  Our state was the site of the first known attempt at smallpox inoculation on a large scale when noted minister Cotton Mather, with the help of a local doctor, inoculated himself and over 200 members of his congregation.  In 1809, Massachusetts became the first state to make vaccination mandatory.  In 1905, the U.S. Supreme Court decided the landmark ruling of Jacobson v. Massachusetts, setting a precedent in support of mandatory vaccinations for the public good.

Current state law does allow for medical and religious exemptions from vaccinations, with the religious exemption requiring a parental statement asserting “sincerely held religious beliefs.”  It is noteworthy that the rate of parents seeking religious exemptions more than doubled from 0.24% in 1996 to 0.60% in 2006.  I do believe that vaccinations are an invaluable component of our public health system, and that we should continue to serve as a model for the rest of the nation in promoting vaccinations for all who are medically eligible to receive them.

This past winter, California went through what was dubbed the “Disneyland Measles Outbreak” when dozens of cases of measles, estimated around 60, were confirmed.  The Los Angeles Times reported that, “Using some simple math, a team of infectious disease experts calculated that the vaccination rate among people who were exposed to the measles during the outbreak was no higher than 86%, and it might have been as low as 50%.”  When as few as half of a population are immunized, the potential for an outbreak is truly perilous.

The Times went on to note that, “In order to establish herd immunity, between 96% and 99% of the population must be vaccinated, experts say.”  “Herd immunity” is defined as the public health state when enough of a portion is immunized against a contagious disease such that most members of the community are protected against that disease because there is little opportunity for an outbreak.  A state of herd immunity should be a basic public health goal.

Returning to Massachusetts’ first confirmed case of measles this year, it is important to note that the case was “imported from abroad,” by a student visiting the Bay State from Western Europe.  Nevertheless, as Dr. Bharel noted, the incident provides us with an opportunity to remind people to confirm their vaccination status and to make sure their children are up to date with their vaccination schedule.  It is the most effective way to be prepared and safeguard the public health.

Additional information on vaccinations is available on the CDC website at www.CDC.gov/vaccines, with an additional federal website at www.Vaccines.gov, as well as on the Massachusetts Department of Public Health’s website at www.mass.gov/DPH.  As always, please don’t hesitate to contact my office at Jason.Lewis@masenate.gov or (617) 722-1206 if you have any questions about resources available to you through state government.