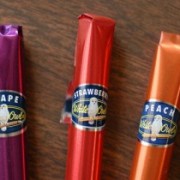 With the Massachusetts Senate having passed its version of the Fiscal Year 2016 state budget, Senator Jason Lewis is pleased to announce the successful adoption of several amendments to the budget that he filed pertaining to critical public health priorities.

Senator Lewis serves as Senate Chairman of the Joint Committee on Public Health, and is a co-founder and Senate co-Chair of the Prevention for Health Caucus of the Massachusetts Legislature.

Senator Lewis led the effort to successfully achieve inclusion in the Senate budget of an amendment to reduce youth consumption of tobacco, specifically cheap flavored cigars.  In recent years, tobacco companies have come out with new products like white grape blunts and strawberry cigarillos that enable them to get around higher cigarette taxes and flavor bans.  These cheap, sweet products seem harmless and fun to kids.  As a result, sales have skyrocketed to the point that minors are now smoking cigars at equivalent or even higher rates than cigarettes.  These products are just as deadly as cigarettes with the same harmful health consequences and impact on healthcare costs.

Senator Lewis’s amendment closes a tax loophole that is contributing to the explosive growth in sales of these flavored cigars.  Flavored cigars would now be taxed at the same rate as other non-cigarette tobacco products, like smokeless tobacco.  The amendment does not change the tax rate for non-flavored cigars, which are generally smoked by adults and much less appealing to children.

The amendment directs up to $4 million of any additional revenue that is generated as a result of closing this tax loophole to the Massachusetts Tobacco Cessation and Prevention Program.  This program funds tobacco education, prevention, cessation, and enforcement in our local communities.  The funding for this program has fallen dramatically — from almost $70 million in FY01 to less than $4 million in the FY15 budget.

“Tobacco companies are targeting our children with cheap, sweet cigars that have appealing flavors and packaging,” said Senator Lewis.  “We must take action to close the tax loophole that is helping drive the popularity and sales of these harmful products and getting another generation of young people addicted to nicotine.”

Additionally, Senator Lewis successfully championed the inclusion in the budget of $250,000 for the Mass in Motion program that promotes opportunities for healthier eating and more active living in our local communities, thereby improving health and reducing rates of preventable chronic diseases.  Currently, Malden, Melrose, and Wakefield are all Mass in Motion communities.

With the passage of the FY16 budget in the Senate, both the Senate and the House of Representatives will name Conference Committee members who will work to draft a final budget, compromising on differences between the two branches.  That final budget will then go to Governor Charlie Baker’s desk for his signature and possible line-item vetoes.