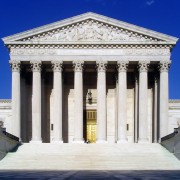 The Supreme Court recently issued two momentous rulings defending marriage equality and health care reform.  The decision on marriage equality affirmed that gay and lesbian Americans should not be treated as second-class citizens.  The decision on health care reform protected an estimated 6.4 million Americans from losing their health insurance and prevented chaos in the insurance marketplace.

Just as the Fourth of July called to mind Massachusetts’ foundational role in our American democracy, it is also notable that both of these Supreme Court rulings have their roots in our Commonwealth’s progressive politics.

Massachusetts was the first state in the nation to legally recognize same-sex marriages.  In the decade that has passed since the Supreme Judicial Court released its decision in Goodridge v. Department of Health, the rapid acceptance of marriage equality in Massachusetts and around the country makes it easy to forget what a significant civil rights achievement this was.

The Goodridge decision was a narrow 4-3 decision in support of a Constitutional right to equality as it pertained to marriage, just as the Supreme Court’s recent decision in Obergefell v. Hodges was a narrow 5-4 decision.  Following the Goodridge decision, the Supreme Judicial Court implemented a stay in the ruling for 180 days in order to allow the state legislature to take any action they saw fit.  During those six months, unprecedented activism occurred across the Commonwealth, as opponents of the decision vigorously lobbied for a Constitutional amendment defining marriage as an institution between one man and one woman.

Ultimately, the legislature took no action to impede the implementation of the Goodridge decision as the stay expired, and marriage licenses began to be issued to same-sex couples in May of 2004.  However, even then, marriage equality wasn’t secure in the Commonwealth until a 2007 vote of the legislature to reject an anti-equality Constitutional amendment, which fell just five votes short of moving forward at the time.  That marriage equality is now the law of the land is a testament to the vision, courage, and hard work of so many in Massachusetts.

Similarly, the landmark federal health care reform law known as the Affordable Care Act, or “Obamacare,” which the Supreme Court recently upheld in its King v. Burwell decision, was modeled after Massachusetts’ 2006 health care reform law.  Despite the political will of all stakeholders in Massachusetts in the lead-up to the passage of this law, its success was hardly inevitable.  The process required significant bipartisan compromise between the Republican-led Romney administration and Democratic-led legislature, aided by the leadership of the late Senator Ted Kennedy.  Gaining the support of a broad coalition, including healthcare leaders, business leaders, and patient advocates, was no small feat.

As a result of healthcare reform, Massachusetts has the lowest rate of uninsured residents of any state.  Obamacare is now expanding access to healthcare around the country, with the uninsured rate nationally dropping from 20.3% in 2012-13 to 13.2% now, a historically rapid decline.

Massachusetts has been a beacon of progress since the founding of our country, leading the way forward on the abolition of slavery, universal public education, women’s suffrage, and many other important social and economic issues.  Now we can add marriage equality and universal healthcare to this list.