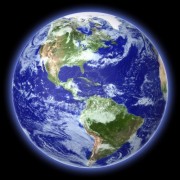 Recognizing the need to establish a long-term, comprehensive adaptation management action plan to address the consequences of climate change in the Commonwealth, the Massachusetts Senate passed legislation that would establish an adaptation management action plan through a collaboration led by the Executive Office of Energy and Environmental Affairs and the Executive Office of Public Safety and Security.

The legislation was sponsored by Senate President Pro Tempore Marc R. Pacheco of Taunton and co-sponsored by Senator Jason Lewis.  The bill will now head to the state House of Representatives for their consideration.

The plan would codify for current and future gubernatorial administrations the goals, priorities and principles for resiliency, preservation, protection, restoration and enhancement of the Commonwealth’s built and natural infrastructure, based on data around existing and projected climate change impacts including temperature changes, drought, inland flooding and sea level rise.

“There is overwhelming scientific consensus regarding climate change and it is critically important that Massachusetts is prepared for its impact,” said Senator Lewis.  “This comprehensive legislation will enhance collaboration and readiness, and promote preservation and innovation.  I am proud to have co-sponsored this important bill.”

Through the legislation, a comprehensive adaptation management action plan advisory committee would be established through the Executive Office of Energy and Environmental Affairs and the Executive Office of Public Safety and Security.  The committee would be charged with producing a report that documents the preparedness and vulnerabilities in the Commonwealth’s emergency response, energy, transportation, communications, health and other systems.  The group would also put forth a proposal that establishes and commits to sound management practices while compiling data on existing and projected sea-level rise using the best available science.

During debate, the Senate adopted an amendment to the bill that aligns the net-metering cap with the 1600-MW goal of installed solar capacity, and directs the Department of Energy Resources to create a new solar incentive after the goal is hit.  Net metering allows residential and commercial customers who generate their own electricity from solar power to receive a credit for the unused electricity they feed back to the grid.

Currently, solar growth has been stalled in some regions of the Commonwealth after public and private caps were hit in March.  This amendment sets up a long-term framework while relieving the immediate pressure and allowing for continued development prior to the expiration of the Federal Solar Tax credit on December 31, 2016.

Notably, the amendment seeks to ensure the future growth of community shared solar and virtual metering while it grandfathers existing projects.  Promoting continue solar growth is essential as it helps residents and municipalities lower their electricity costs while helping the Commonwealth reach the goals for the reduction of greenhouse gas emissions established in the Global Warming Solutions Act.

The adaptation management action plan would go into effect in 2018, with an update every 10 years.

Column: The Stone Zoo: A Regional Institution
Scroll to top