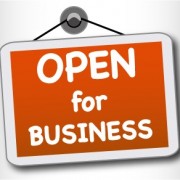 I participated recently in a fascinating event organized by the Metropolitan Area Planning Council and the Immigrant Learning Center.  Entitled “Immigrant Entrepreneurs Revitalizing Malden,” it was a walking tour of the City of Malden’s downtown, featuring stories shared by immigrant small business owners as we moved from shop to shop.

I was struck by the impressive role that these entrepreneurs, after immigrating to the United States from dozens of different countries around the world, have played in revitalizing Malden’s downtown commercial areas and our local economy. Their stories of grit, determination, and striving to succeed are no doubt replicated on Main Streets and downtowns throughout Massachusetts.

As an immigrant myself — my family came to America from South Africa when I was twelve years old — and as one of only two foreign-born members of the Massachusetts Senate, I appreciate that our Commonwealth and our nation are rich melting pots where diversity is a cultural and economic strength.

Immigrant entrepreneurs are taking bold risks and creating jobs here in the Commonwealth.  In 2010, 17.5% of all business owners in Massachusetts were immigrants, and their companies generated net income of $2.8 billion, a significant contribution to the state economy.

Immigrant entrepreneurs have played a particularly important role in the biotech industry, one of the state’s fastest growing sectors.  Immigrants founded such notable and successful Massachusetts companies as Boston Scientific and Biogen.  In fact, one in four biotech company founders in Massachusetts was born abroad.  The companies they have built employ more than 4,000 workers.

A report earlier this year from the Fiscal Policy Institute found that, in the greater Boston region, immigrants own 29% of all Main Street businesses and were responsible for most of the business growth in this sector since 2000.

Immigrants are also very important to the state’s workforce, particularly as the native-born population ages and retires from the labor force.  Immigration now accounts for most of the population growth in Massachusetts.

The mission of the Immigrant Learning Center in Malden is to help immigrants become successful workers, parents, and community members.  Additionally, the Center seeks to educate the public about the critical role immigrants play in our economy.  This is certainly a lesson that I and the other participants in the “Immigrant Entrepreneurs Revitalizing Malden” walking tour experienced firsthand.