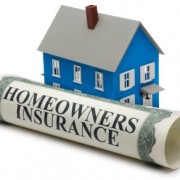 At a recent hearing of the Massachusetts Senate’s Post Audit and Oversight Committee, Senator Jason Lewis voiced concerns to Massachusetts Insurance Commissioner Dan Judson over recent large increases in homeowner’s insurance rates and a lack of transparency in the Division of Insurance’s process for evaluating carriers’ rate increase requests.

Commissioner Judson acknowledged that he was not aware of any time in which DOI had held public hearings on homeowner insurance rate increases from private carriers.  DOI further confirmed that the office had not held hearings on rate filings “from 1991 to present.”

At the hearing of the Senate’s Post Audit and Oversight Committee, on which Senator Lewis serves as a member, Senator Lewis highlighted the profitability of the industry over the past decade and questioned whether the insurers needed the rate increases to cover their costs and claims.  Senator Lewis noted that, between 2004 and 2013, the return on capital and surplus, a measure of profitability for home insurers, was about 18 percent in Massachusetts.  That return is the second-highest in New England, and compares with a nationwide average return for home insurance companies of just 6.6 percent over the same timeframe.  In other words, the return on capital and surplus for Massachusetts insurers has been nearly three times greater than the national average.  Given the low loss ratios and high profitability of the industry, notwithstanding the difficult winter we recently experienced, Senator Lewis called into question the need for such high rate increases.

“When one couples these large rate increases with the very healthy homeowner’s insurance market in Massachusetts and the lack of public hearings or other opportunities for public input and scrutiny in the rate setting process, it certainly raises some questions and concerns,” said Senator Lewis.  “I appreciate that the Senate’s Post Audit and Oversight Committee, under the leadership of Senator Michael Barrett, is focusing on this important issue.”

Senator Lewis intends to work with Senator Barrett and colleagues to draft legislation that would require DOI to provide the public with more information about proposed rate hikes, create more opportunities for public input, and ensure that the need for having a financially sound industry is fairly balanced with the need to protect homeowners from excessive rate increases.

Senator Lewis encourages constituents with concerns or feedback about this issue to contact his office at Jason.Lewis@masenate.gov or (617) 722-1206.