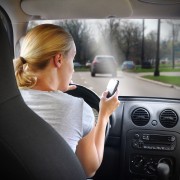 The Massachusetts Senate passed legislation that would ban the hand-operated use of mobile devices while driving.  According to the National Safety Council, distracted driving accounted for 26 percent of the 30,000 lives lost in motor vehicle accidents in 2013.  The bill implements penalties for operating a vehicle while holding a mobile electronic device to, or in proximity of, a person’s head.  The use of mobile electronic devices is still permissible for functions like telephone calls and GPS programs, but only in “hands-free” mode.

Passage of this bill puts Massachusetts in line with states including Connecticut, New Hampshire and New York.  Forty-six states currently ban texting while driving for all drivers, and fourteen states ban the use of handheld devices for all drivers.

“This is a public safety issue in the Commonwealth that, in too many tragic cases, means the difference between life and death,” said Senator Jason Lewis.  “Banning the use of handheld devices while driving will significantly diminish distracted driving and ultimately make our roads safer and save lives.  One of the primary responsibilities of government is to protect public safety; as such, I’m pleased to have supported this legislation.”

In 2010, the Legislature banned texting while driving, but did not ban the use of handheld devices for talking or other purposes.  The 2010 law banned handheld use for 16- and 17-year-olds.  The law has been difficult to enforce and hands free technology has improved significantly since the passage of the 2010 law.

Under the bill, an initial violation results in a $100 fine, a second time offense is a $250 fine, and any subsequent offense is a $500 fine and would be considered moving violations for insurance purposes.

The House of Representatives is currently working on similar legislation.