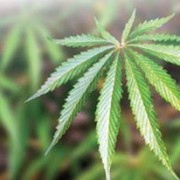 A year ago, under the leadership of President Stan Rosenberg, the Massachusetts Senate created a Special Committee on Marijuana. The impetus for launching this effort was the expectation – now a virtual certainty – that a ballot question to legalize recreational marijuana would be before the voters of Massachusetts in November, 2016.

Massachusetts voters have previously considered and approved two marijuana-related ballot questions. In 2008, voters decriminalized the possession of up to one ounce of marijuana, making it a civil offense subject to a $100 fine. In 2012, voters approved a system for licensing medical marijuana dispensaries that could sell marijuana products to certified patients.

The push to legalize marijuana for recreational use and sale follows successful ballot campaigns in Colorado, Washington, Oregon, and Alaska. However, the sale or possession of marijuana remains illegal under federal law.

The Special Committee conducted a thorough and objective review of marijuana health, safety, and economic and fiscal impacts. We closely examined lessons to be learned from other states, particularly Colorado and Washington that have the most experience with marijuana legalization. We spoke with more than 75 expert stakeholders, including cannabis reform advocates, healthcare providers, law enforcement, government officials, academics, and marijuana industry participants. We also spent four days visiting Colorado.

Marijuana today is not what most people probably have in mind, i.e. smoking a joint. It is consumed in many different ways, including smoking, vaping (similar to e-cigarettes), dabbing (inhaling highly concentrated THC, the psychoactive ingredient in marijuana), and eating or drinking marijuana-infused foods and beverages. The latter is the fastest growing part of the market and includes cookies, candy, energy drinks, and almost anything else you can imagine. Edibles present particularly challenging issues for public health and safety, such as over-consumption by adults and accidental consumption by children. The potency (THC content) of today’s marijuana is also far greater than in years past, which may increase the risk of harmful health consequences and addiction.

The legalization of marijuana opens the door to the creation of a whole new industry. The “green rush” has already attracted many businesses offering a wide range of marijuana-related products and services. New product development, celebrity sponsorships and other marketing strategies are leading to rapid commercialization.

The prospect of legalizing marijuana raises many thorny public policy questions. Should some products like marijuana gummy bears be banned? What testing would be needed to ensure product safety and accurate potency labeling? How would law enforcement identify and test drivers for marijuana intoxication? Where would marijuana grow operations and retail stores be located? What restrictions could be placed on marijuana advertising? What could be done to prevent youth use and diversion to the black market? These and many other important issues would need to be addressed.

Since marijuana remains illegal under federal law, state agencies would have to assume the difficult and costly responsibilities for ensuring public health and safety, environmental protection, and agricultural safeguards that would ordinarily be undertaken by federal agencies such as the FDA and EPA.

Taxes and fees generated from legal sales would need to cover public and social costs that come with the new industry, including regulation, enforcement, public health, and substance abuse treatment. There would not be much, if any, money left over to pay for other public needs like schools or the MBTA.

After completing our year-long review, the members of the Special Committee believe that it would be prudent for Massachusetts to take a cautious approach to considering marijuana legalization, and continue to learn from the experience of other states.

Jason Lewis represents the 5th Middlesex district in the Massachusetts Senate and is the Chair of the Special Senate Committee on Marijuana.