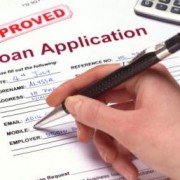 The Massachusetts Senate recently passed consumer protection bills regarding loans taken out in Massachusetts including Senate Bill 175, “An Act Relative to Unsolicited Loans,” and Senate Bill 2184, “An Act Establishing Uniform Financial Aid Shopping Sheets.”  The former seeks to protect consumers from unknowingly entering a credit contract and to limit instances of fraud resulting from the mailing of unsolicited and often predatory loans.  The latter seeks to provide students seeking financial aid with greater information and transparency regarding student loans and debt resulting from financial aid.

“I am proud that the Senate took action to strengthen consumer protections regarding different loans for Massachusetts residents,” said Senator Jason Lewis.  “Senate Bill 175 will protect consumers from bad actors in the financial marketplace, who use confusion and high interest rates to profit at the expense of the wellbeing of their victims.  Further, Senate Bill 2184 will empower students with greater information regarding how they and their families finance their higher education.”

Senate Bill 175 regulates the issuing of unsolicited loan instruments to residents by banks, mortgage lenders, or any other institution authorized to do business in the Commonwealth.  These loans have been known by other names, including “instant loan checks” and “live checks.”  They most often take the form of a check or other negotiable instrument and feature routing numbers, account numbers, and all the standard features of a regular check.  When cashed, the checks activate a high-interest consumer loan.

This legislation prohibits a person or entity from issuing an unsolicited negotiable check, money order, or other instrument that can be used to activate a loan, except in cases where a financial institution advances credit to a customer with whom they have a preexisting relationship.  The bill also removes liability for debts incurred if a party other than the addressee fraudulently cashes a loan check.  In the event of an unauthorized use of an unsolicited loan instrument, the issuing institution will provide the addressee with a written statement releasing the addressee of liability from the debt and will take steps to repair any adverse effect to the addressee’s credit rating as a result of the unauthorized use.  Additionally, anyone who chooses to cash an unsolicited loan check has the right to rescind the credit contract within ten days of cashing the check by notifying the lender and returning the loan amount in full.

A financial institution that improperly sends an unsolicited loan instrument may face a fine of up to $5,000 for each violation, and a party that engages in an unauthorized use of a loan check may be punished by up to five years in state prison or be issued a fine of up to $25,000.

Senate Bill 2184 requires all institutions of higher education in the Commonwealth, upon accepting an applicant for full-time undergraduate admission, to provide the admitted applicant with a “uniform financial aid shopping sheet” that lays out the particular education institution’s performance metrics regarding loan default rates compared to similar institutions, median debt for undergraduate borrowers, a loan repayment calculator, and a point of contact for financial aid counseling.  This “shopping sheet” must be provided to the applicant within a sufficient amount of time before the deadline for enrollment, and must separate for clarity different forms of aid, including work study aid through the institution, federal loans, and state loans.

A 2014 report noted that over 66% of Massachusetts college students take out some form of student loans to finance their higher education.  A 2015 analysis put the average debt figure per student at nearly $30,000.  Further, approximately two-fifths of student loan borrowers are delinquent in their payments at some point over the first five years of repayment.  As such, the requirements for greater information and transparency in the student loan process should have a meaningful impact in better preparing students to finance their higher education.

Both bills now move to the Massachusetts House of Representatives for their consideration.