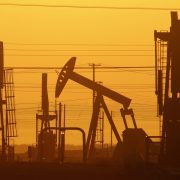 This week, the Massachusetts Senate passed legislation to place a ten-year moratorium on fracking and the disposal of fracking wastewater in the Commonwealth.

Fracking, or hydraulic fracturing, is a method of drilling that involves injecting millions of gallons of water, often laced with toxic chemicals, deep underground to fracture rock formations and release oil and gas. There is a growing number of documented cases of individuals suffering acute and chronic health effects while living near fracking operations — including nausea, rashes, dizziness, headaches and nose bleeds.

“It is well-documented that fracking generates tremendous environmental damage, from water contamination to methane emission,” said Senator Jason Lewis, who strongly supported the fracking moratorium legislation.  “Our neighbors Vermont and New York have already banned fracking.  Massachusetts should continue to lead the country in our efforts to reduce greenhouse gas emissions and keep steady in our direction toward a green energy future by passing this important bill into law.”

Part of Massachusetts is in a geological formation known as the Hartford Basin.  The piece of the basin in Massachusetts is 34 miles long and varies in width from three to 15 miles.  It is possible that the Hartford Basin holds deposits of shale gas.  The Massachusetts Geological Survey has said that there is no direct evidence that oil or gas cannot be produced here.  Outcrop samples have been examined, which may illuminate the petroleum potential of the black shales within the basins of our area.

More than 1,000 health professionals have called on state and federal officials to protect the public from the harms posed by fracking.

A 2011 article in the journal, Human and Ecological Risk Assessment, examined the potential health impacts of oil and gas drilling in relation to the chemicals used during drilling, fracking, processing and the delivery of natural gas. The paper compiled a list of 632 chemicals (an incomplete list due to trade secrecy exemptions) identified from drilling operations throughout the U.S. Their research found that 75 percent of the chemicals could affect the skin, eyes, other sensory organs and the respiratory and gastrointestinal systems. Approximately 40 to 50 percent could affect the brain/nervous system, immune and cardiovascular systems, and the kidneys; 37 percent could affect the endocrine system; and 25 percent could cause cancer and mutations.

The bill now moves to the House of Representatives for consideration.