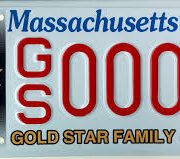 The Massachusetts Senate unanimously passed Senate Bill 2325 “An Act Relative to Housing, Operations, Military Service, and Enrichment,” also known as the Veterans HOME Act. This legislation expands on the commitment the Massachusetts Senate has made to our veterans, service members, and their families, by providing benefits and services.

The passage of the Valor Act I in 2012 and Valor Act II in 2014 helped Massachusetts become the leading state in the nation for providing for our veterans.  This bipartisan legislation builds on the achievements of those earlier efforts.

“Our heroic veterans deserve nothing less than the full support of the Commonwealth when they return,” said Senator Jason Lewis.  “The provisions included in this important legislation reaffirm our commitment to the men and women who bravely serve our country and their families who sacrifice so much.”

Focusing on housing and long-term support, the passage of the Veterans HOME Act reaffirms Massachusetts’ strong reputation as a leader  in understanding the sacrifice that military personnel and their families make not only while on active duty, but also after returning home.

One key provision of this legislation is the expansion of the Public Service Scholarship to children of any military or service person missing in action (MIA), as well as children of prisoners of war (POW).  Currently, Public Service Scholarships are only available to children of MIA/POW service members who served through the Vietnam War.  This provision removes that chronological limitation to include children of MIA/POW service members through the present day.  This provision was originally proposed as legislation filed by Senator Lewis before being incorporated into the Veterans HOME Act; and, the Melrose Veterans Advisory Board were notably strong advocates for this measure, contributing to its inclusion.

To increase access to housing for veterans, the bill grants preference to veterans in admission for scattered site housing units where no low-income family housing was developed.  The bill also requires housing authorities to exclude amounts of disability compensation paid by the federal government for the purpose of computing rent of a disabled veteran.  In addition, the bill gives eligible veterans a preference in housing for the elderly and person with liabilities in all communities, not only the community in which the veteran resides.

To honor the service of veterans and their families, the bill provides a property tax exemption for the surviving spouse of any soldier, sailor, and member of the National Guard or veteran who, during active duty service, suffered an injury or illness which was the proximate cause of death.  The bill also gives a property tax exemption to veterans who have a 100% disability rating as a result of service-related blindness.

Senator Lewis was proud to champion a successful amendment to the Senate’s Veterans HOME Act to allow certain surviving family members of American soldiers who were killed in action to obtain a Gold Star Family license plate from the Massachusetts Registry of Motor Vehicles (RMV).  Under current law, the Registrar can issue a Gold Star Family plate, free of charge, to spouses, parents, children, siblings, grandparents, and grandchildren of U.S. soldiers who died while on active duty.  The law does not apply to other extended family members and next of kin related to the soldier.  Senator Lewis’ amendment would update this to allow those individuals who possess a U.S. Department of Defense-issued Gold Star Lapel Button and letter of approval to also be eligible to obtain a Gold Star Family plate.

This amendment proposed by Senator Lewis was inspired by a family from the 5th Middlesex district.  Sgt. Christopher Young Vars was a World War II and Korean War veteran from Reading who was officially declared as missing in action on November 29, 1950.  Although he was initially thought to have been killed in battle, Sgt. Vars was actually captured and held as a prisoner of war in North Korea, where he died several months later.  His nephew, Arthur Vars, is his only next of kin and sought to honor the memory of his uncle while raising awareness of the sacrifices made by our troops, which led to this successful amendment.

Other provisions of this Act include:
•    Allows employees of the Commonwealth who are members of the armed forces reserves and are ordered to service for more than 30 consecutive to be paid the regular base salary reduced by the amount received as base pay for military service.  It also preserves the seniority or accrued leave time;
•    Allows cities and towns to appoint a veterans agent for 3 year terms instead of the current 1 year term;
•    Creates a post-deployment commission to study ways to improve services to veterans who have been deployed overseas;
•    Adds veteran status as a protected class under the statute prohibiting discrimination in employment.

The bill will now be reconciled with the version passed by the House of Representatives before being sent to the Governor for his signature.

Column: Advice to Our Graduates
Scroll to top