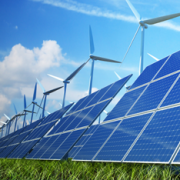 The Massachusetts State Senate recently passed an omnibus energy bill to diversify the state’s energy portfolio by procuring additional clean energy resources in order to replace aging power plants that are going offline and move the Commonwealth closer to its emissions reduction goals under the Global Warming Solutions Act.

“We are at a pivotal juncture in our Commonwealth’s energy and environmental policymaking,” said Senator Jason Lewis.  “Through this important legislation, we opt for a clean energy path by setting aggressive goals for renewable energy, encouraging increased use of zero emission vehicles, and many other important steps designed to meet our energy needs while protecting our environmental health.  I’m proud to support this bill.”

The bill, S. 2372 – An Act to promote energy diversity, requires electric distribution companies, in consultation with the Department of Energy Resources (DOER) to solicit long-term contracts for at least 2,000 megawatts of offshore wind by 2027. The bill calls for successive, staggered solicitations to keep costs down through competition. Additionally, distribution companies would be required to purchase a minimum of 12,450,000 megawatt-hours of clean energy from hydropower and other Class 1 resources such as onshore wind, solar, anaerobic digestion and energy storage.

Further, the bill increases the percentage of Class 1 renewable energy that must be purchased by retail electric suppliers under the Renewable Energy Portfolio Standard (RPS) from an additional 1% annually to an additional 2% annually beginning in 2017, putting the state on track to reach an energy mix of 37% renewables by 2030. The bill also supports fuel cell and waste-to-energy technology by including them in the Alternative Portfolio Standard.

Massachusetts leads the nation in energy efficiency. The MassSave program offers free home energy audits provided through electric distribution companies and offer rebates and discounts for making energy-saving upgrades. The Senate bill would require that homes sold in the Commonwealth have such an audit at some point in the five years prior to the sale of a home and the energy rating, similar to a miles-per-gallon rating on a car, is disclosed at the time of the sale. This way, prospective buyers are made aware of the energy consumption, costs, and emissions of their home, and the ways to improve it. The bill further establishes a task force to develop recommendations for a next-generation energy efficiency program to be implemented at the expiration of the current 3-year efficiency plans.

Investments in energy storage help to maximize the value of new clean energy generation and reduce costs to consumers during peak energy usage. To that end, the bill tasks DOER to consider setting appropriate targets for distribution companies to procure cost-effective energy storage systems by 2020.

The bill also prohibits the Department of Public Utilities from approving contracts for pipeline capacity filed by electric companies, meaning electric ratepayers cannot be charged by their energy supplier to defray the costs of natural gas pipeline expansion.

During the Senate’s debate on the bill, Senator Lewis highlighted deep concerns held by residents of our district regarding a project proposed by Eversource to run a substantial energy line through residential neighborhoods.  He offered an amendment to the energy legislation that was a proposal he previously filed as stand-alone legislation, along with Representative Michael Day. The amendment (and the original bill) would broaden the review of the Energy Facilities Siting Board beyond cost and environmental impact to also consider impacts on the public health and wellbeing of residents before granting or rejecting projects like the current Eversource proposal.

The Energy Facilities Siting Board, which is the state permitting body with jurisdiction over the Eversource proposal, currently has some latitude to explore mitigation packages that might be appropriate for a project; however, this measure would ensure that the Energy Facilities Siting Board explicitly review the proposal’s impact on the issues that deeply concern our constituents.  Unfortunately, the motion to amend the energy legislation to include this amendment failed. However, Senator Lewis will keep working with colleagues to move the stand-alone legislation forward.

Additional provisions of S. 2372 include:

•    Directing DOER to study the need to modernize the electric grid with the goal of reducing demand, reducing energy costs to ratepayers, integrating distributed energy resources, reducing carbon emissions, and enhancing reliability and resiliency;
•    Creating a small hydropower tariff program for hydropower facilities with 2MW capacity or less. Distribution companies would pay the facility monthly for electricity provided to the grid, with an aggregate capacity of 50 MW;
•    Clarifying the authority of the Attorney General’s Office of Ratepayer Advocacy to intervene in DPU proceedings, and, in exercising such authority, may retain experts and obtain information from companies subject to DPU’s jurisdiction;
•    Requiring gas distribution companies to repair grade 3 leaks identified as having a significant environmental impact when construction on a public way exposes such a leak, and directing DPU to investigate specific criteria for the identification of the environmental impact of gas leaks;
•    Establishing a separate net metering cap of 50 megawatts for energy generated by anaerobic digesters; and,
•    Establishing an Oil Heat Energy Efficiency Fund into which funds are deposited and expended for providing financial incentives for residential and small business demand-side management programs that improve energy efficiency and reduce oil consumption for residential and commercial customers.

The bill will now be reconciled with the House version though a conference committee to work out the differences between the two bills.