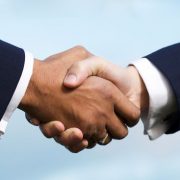 Most notably, the bill would restrict noncompetition agreements to three months and require employers to pay 100% of an employee’s annualized earnings during the restricted period, or other mutually-agreed upon consideration negotiated within thirty days following the employee’s termination which is of equal or greater value than the garden leave clause.  If no agreement for other consideration is reached within thirty days, the garden leave clause becomes effective.

“Non-compete agreements can be harmful for workers, for our economy, and for our innovative spirit; as such, it’s time to significantly scale them back in the Commonwealth,” said Senator Jason Lewis.  “For instance, half of tech workers are bound by non-compete clauses, with one-third lasting more than a year!  Further, non-competes contribute to the ‘brain drain’ effect as more than half of recent graduates who leave Massachusetts report doing so primarily for employment-related reasons.  To keep talent in Massachusetts, and to keep talented people working, it is time to scale back non-compete agreements.”

The legislation restricts employers from enforcing noncompetition agreements on interns, undergraduate and graduate students, employees under the age of 18, hourly workers, employees who are terminated without cause or laid off, independent contractors, and  employees whose average weekly earnings are less than two times the average weekly wage in the Commonwealth, roughly $130,000 per annum.

The legislation prohibits a court from reforming a non-compete to make it comply with the bill’s requirements, encourages narrowly-drawn non-competes drafted with specificity as to what activities are proscribed and why and how they relate to the trade secrets or confidential business information that is sought to be protected.

After meeting with constituents whose careers had been harmed, Senator Lewis had filed in January 2015 a bill to restrict the use of non-competition agreements. He worked closely with a small working group of Senators to ensure the bill that passed the Senate included protections his constituents had requested.

The Massachusetts House of Representatives also recently passed a version of this bill.  The two chambers are currently reconciling differences between the two versions of the bill in a conference committee.