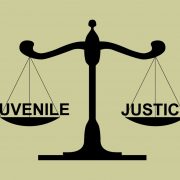 The Massachusetts Senate recently passed important legislation pertaining to juvenile justice, S. 2417, An Act promoting transparency, best practices, and better outcomes for children and communities.  The legislation updates various areas of the law relating to juvenile justice to encourage rehabilitation and positive future outcomes for youth, to reduce recidivism and to ensure fair treatment of children.

“This bill will reform our justice system to increase the odds that young people who make a mistake will have the opportunity for a second chance at a productive life that contributes to the community,” said Senator Jason Lewis.  “The important reforms in this legislation balance public safety with the importance of rehabilitation and the potential for positive change.”

The bill excludes very young children from delinquency proceedings by raising the lower limit of juvenile court jurisdiction from 7 to 11 years of age, while also ensuring they have access to services from the Department of Youth Services. In 2013, only 40 children under the age of 11 were arraigned statewide, most for fighting or destruction of property. Children ages 7 to 10 are typically elementary school students and highly unlikely to be competent to stand trial. If necessary, very young children will be subject to Juvenile Court through Care and Protection or Child Requiring Assistance proceedings. The bill also decriminalizes certain offenses for young people that are by law civil infractions for adults, to ensure equitable treatment of children and adults.

Additionally, the bill adopts the current standing order of the Juvenile Court banning the automatic shackling of children in court proceedings, while providing a judge the discretion to allow shackling in cases where there is a specific safety or flight risk concern. Automatic shackling unnecessarily stigmatizes and traumatizes young people and can impede the rehabilitative purpose of the juvenile justice system.  Further, the bill codifies the constitutional right of indigent juvenile offenders to counsel and expert assistance for parole hearings, as established by the 2015 Supreme Judicial Court decision in Diatchenko II. The bill also updates parent-child privilege to allow parents to help their children in the court system without being forced to testify about these conversations.

The bill also creates a process for the expungement of certain juvenile records for misdemeanor offenses committed before age 18, to allow young people the chance to learn from their mistakes and pursue stable, productive lives as adults. Despite the fact that youthful offenders have not reached full adult maturity, juvenile records can follow them into adulthood, often limiting their ability to secure housing, obtain jobs or pursue higher education.  The bill also directs the Trial Court to make recommendations on the feasibility of creating a “youth status” as a distinct, mitigating factor in a young person’s case, reflecting scientific research on adolescent and young adult brain development.  Finally, the bill creates a task force to make recommendations on ways to coordinate and modernize the data systems used to collect and report juvenile caseload and outcome data.

The bill subsequently moved to the Massachusetts House of Representatives for consideration.