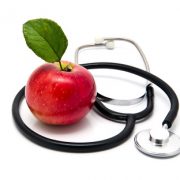 As Ben Franklin famously said, “An ounce of prevention is worth a pound of cure.” Prevention focuses on promoting healthy lifestyles and behaviors in order to avoid disease and illness. Prevention can help us stay healthy and enjoy a higher quality of life. By keeping people healthier, an ounce of prevention today can also avoid much larger healthcare expenditures later.

Take, for example, the growing epidemic of diabetes. Since 1990, the percentage of Massachusetts residents living with diabetes has risen from 3.8% to 7.2%. According to the American Diabetes Association, the medical cost of treating a person with diabetes is 2-3 times greater than for somebody who does not suffer from the disease. In Massachusetts, we now spend more than $3 billion each year in direct medical costs to treat diabetes, and also suffer an indirect cost of more than $1 billion in lost productivity.

Unfortunately, our healthcare system in Massachusetts and around the country is best described as a “sick care” system. We generally excel at taking care of people when they are injured or suffering from an illness or chronic health condition. But, we are not very good at helping people to stay healthy and out of the doctor’s office or hospital. Only a tiny fraction, roughly 3-4%, of the total resources we spend on healthcare are invested in public health and prevention. Moreover, while factors including a person’s genetics and access to care are important in health outcomes, the social determinants of health are actually far more significant in determining a person’s health status over time.

This is why, in 2012, I helped lead the effort to create a first-in-the-nation Prevention and Wellness Trust Fund (PWTF). It was included as part of major healthcare payment reform legislation signed into law by Governor Deval Patrick. The PWTF funds community partnerships made up of municipal governments, healthcare providers, and local health and human service organizations, all working closely together to achieve a community-wide focus on prevention and wellness. The goal is to reduce rates of the most prevalent and preventable health conditions, address health disparities, and reduce healthcare costs.

Since its creation the PWTF has increased access to preventive services for nearly one million Massachusetts residents. A recently completed review of the program by Harvard Catalyst demonstrated very promising early results. For example, PWTF communities saw improvements in blood pressure that, if sustained over patients’ lifetimes, could result in 500 to 1,000 fewer heart attacks and strokes per million residents, and lead to 125 to 250 fewer deaths due to cardiovascular disease per million residents treated. The program has become a national model for how to build effective clinical-community linkages for sharing health data, improving health outcomes, and ultimately reducing healthcare costs.

However, without action by the state legislature, funding for the PWTF will sunset later this year. I have sponsored An act to promote public health through the prevention and wellness trust fund in the new legislative session to reauthorize and expand the PWTF. Working with my colleagues in the legislature and a broad coalition of community partners, led by the Massachusetts Public Health Association and Health Care For All, I’m hopeful that we will be successful in continuing this vital work to shift our healthcare system from a “sick care” system to a “well care” system.