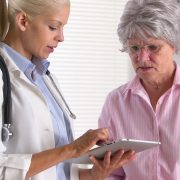 Former President Ronald Reagan’s disclosure in 1994 that he had Alzheimer’s disease helped to raise the profile of this terrible illness. Although we have made progress in the years since in understanding this disease, there is still no cure in sight and a looming public health crisis on the horizon.

Alzheimer’s is a progressive brain disease that slowly destroys memory and eventually all ability to function. More than five million Americans are currently living with Alzheimer’s disease — including 120,000 in Massachusetts — and this number is expected to triple by 2050. Nearly one in three seniors who dies each year has Alzheimer’s disease or another form of dementia. With 1,699 deaths due to Alzheimer’s in Massachusetts in 2012, it is the Commonwealth’s sixth leading cause of death, according to the Alzheimer’s Association. What is particularly alarming is that most people living with Alzheimer’s have never even been diagnosed or are not aware of their diagnosis.

The growing cost of caring for those with Alzheimer’s and other dementias is a huge burden on our healthcare system. In 2015, the direct costs totaled $226 billion, with 50% of these costs borne by Medicare and another 18% borne by Medicaid. Today, nearly one in five Medicare dollars is spent on people with Alzheimer’s and other dementias, and this is projected to increase to one in every three dollars by 2050. At that point in time the total cost is expected to exceed $1 trillion annually (in 2015 dollars).

Alzheimer’s takes a devastating toll, not just on those with the disease but also on their families and caregivers. Nearly 60% of caregivers rate the emotional stress as high or very high, and about 40% suffer from depression.

With the leadership of Massachusetts Secretary of Elder Affairs Alice Bonner, and advocates across the Commonwealth like the Alzheimer’s Association, we are slowly making progress in addressing Alzheimer’s in areas ranging from housing to transportation to public safety to caregiving. There are promising developments underway in making communities more “aging positive” and “dementia friendly” to better serve the needs of all elders, especially those suffering from Alzheimer’s and other dementias.

We are also pursuing various legislative initiatives on Beacon Hill. For instance, the Public Health Committee, on which I serve as Senate Chair, favorably passed legislation last session to create the Massachusetts Alzheimer’s Project under the state’s Executive Office of Health and Human Services. This initiative would coordinate all government programs and services to ensure that all available resources are being effectively leveraged, and we are doing everything possible to improve Alzheimer’s prevention, treatment, and caregiving supports. Though this legislation didn’t become law last session, it will continue to be one of my top priorities as Senate Chair of the Public Health Committee during the new legislative session.

Additionally, because of the alarmingly low rate of diagnosis for Alzheimer’s disease, legislation has been filed that would require further physician training on Alzheimer’s and other dementias. Better training for non-specialists on how to recognize Alzheimer’s early and interact with patients who have cognitive impairments will improve the delivery of care across our healthcare system. Further, because elders with dementia are at a greater risk of abuse, legislation has been filed that would strengthen training for elder services workers to better prevent and detect abuse or self-neglect.

These efforts are all important and we must pursue them with greater vigor and urgency if we are to have a meaningful impact on addressing Alzheimer’s disease in Massachusetts.