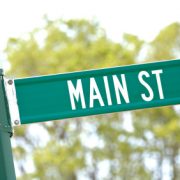 Massachusetts Senate President Stan Rosenberg and Senate Minority Leader Bruce Tarr announced the appointments of Senators and retailers to the Senate Task Force on Strengthening Massachusetts Local Retail. Among the appointments to the task force is Senator Jason Lewis, the Senate Chair of the Joint Committee on Labor and Workforce Development. The task force was established to work with the Senate to identify ways to help local retailers become more competitive.

The Task Force will address a number of key factors, including: challenges faced by local retailers in competing against online sellers; closures of local retail establishments and the impact that has on local economies and property tax bases; initiatives by local retailers to increase their market share; and, how state and local governments can encourage purchasing from local retailers.

“Our local small businesses and Main Street retailers are vital to local economic development and the well-being of our communities,” said Senator Jason Lewis. “Policymakers must work closely with them to help address the challenges they are facing in an ever-changing economy. This task force will provide an important avenue for further collaboration between the private and public sectors. I am eager to hear feedback from retailers in our communities and to work with my colleagues on the task force to achieve solutions that will strengthen prosperity on our Main Streets.”

The remaining appointees are Jim Carvalho, Political Director of the United Food and Commercial Workers Local 1445, Harris Gruman, Executive Director of the SEIU Massachusetts State Council, and Jon Hurst, President of the Retailers Association of Massachusetts. Outside experts with expertise in business and economics may also be consulted to assist the Task Force in facilitating its work.

The Task Force will report back to the Senate President and Senate Minority Leader by June 1, 2018.