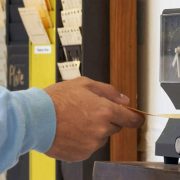 Earlier this year, at the start of the new legislative session, we were pleased to be appointed by the Senate President and House Speaker, respectively, to co-Chair the Joint Committee on Labor and Workforce Development. Together, we have since immersed ourselves in a wide range of labor and employment issues in the Commonwealth. We have held committee hearings on proposed legislation, met with many different stakeholders to hear their concerns and feedback, and conducted research on policies and best practices around the country.

Just how pervasive is wage theft? It is estimated that nearly $700 million is not paid to about 350,000 mostly low-wage workers each year in Massachusetts. In addition to the harm this inflicts on struggling working families, it also cheats the state out of greater economic activity, jobs, and tax revenue.

The Attorney General’s Office (AGO) is the state’s primary enforcer of laws relating to wages. Enforcement is carried out by attorneys and investigators in the AGO’s Fair Labor Division (FLD). In Fiscal Year 2017, the FLD received 16,684 calls and 5,604 complaints, and opened 607 cases related to wage theft. The FLD ordered employers to pay more than $6 million in restitution and more than $2.6 million in penalties. This is more than double the restitution ($2.6 million) and about triple the penalties ($900,000) from Fiscal Year 2016. The FLD also cited or settled 27 earned sick time cases, totaling $160,000 in restitution and penalties. And, the FLD issued 47 citations to 46 employers and assessed more than $270,000 in penalties for child labor law violations.

Vigorous enforcement of our labor laws is critical to ensure that workers are paid what they are owed, the playing field is level for the majority of businesses that follow the law, and to protect the Commonwealth from lost revenue in the form of taxes and unemployment insurance contributions.

To be proactive, the AGO has also worked with community partners to put on Wage Theft Clinics for workers. More than 230 workers have received free consultations at these clinics so far, and more than $65,000 in stolen wages has been recovered. Volunteer lawyers, law students, interpreters, and workers’ rights advocates are on hand to educate workers about their rights, draft demand letters, or prepare small claims court complaints. For questions about upcoming Wage Theft Clinics or other inquiries about the AGO’s enforcement of laws relating to wages, contact the FLD at (617) 727-3465.

In the legislature, the Joint Committee on Labor and Workforce Development, is considering several bills to help combat wage theft, including An Act to Prevent Wage Theft and Promote Employer Accountability, sponsored by Senator Sal DiDomenico and Representative Aaron Michlewitz. This important legislation would further strengthen the enforcement powers of the AGO, and would hold lead contractors accountable for wage theft violations of their subcontractors as long as there is a significant connection to their business activities.

Through education, enforcement, and legislation, we must do more to stop wage theft in Massachusetts.