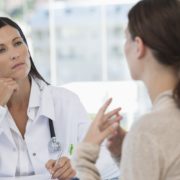 The act repeals three archaic and unconstitutional laws that restrict a woman’s access to contraceptives and abortion. The antiquated laws include an 1800’s ban on all abortions, a state requirement that all non-emergent abortions after the twelfth week of pregnancy be performed in a hospital, and a ban on contraception use for unmarried women.

“With constant threats to women’s health services coming from Washington, repealing these statutes is imperative,” said Senator Jason Lewis, Senate Chair of the Joint Committee on Public Health. “By passing this legislation, we are sending a message of support for women’s health and contraceptive access.”

The repeal of these three archaic statutes affirms that they will never be used again to penalize healthcare providers or people seeking contraception access or abortion care.

Senator Jason Lewis to Host Community Conversation in Malden on the Future of...
Scroll to top