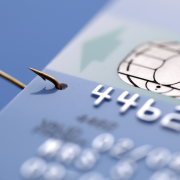 The Massachusetts State Senate passed legislation to protect the personal information of consumers in the case of data breaches, like the one seen at Equifax, and provide free credit freezes for all consumers.

The bill, S.2455, An Act relative to consumer protection from security breaches, helps all consumers protect their sensitive information before, during, and after a security breach in several ways: providing for free credit freezes for all consumers and creating an online “one-stop shop” portal so that consumers can freeze and unfreeze their credit at all three main bureaus (Equifax, Experian, and TransUnion) in one place; providing five years of free credit monitoring for consumers whose information was part of a credit reporting agency data breach; and, empowering consumers to know when and why their consumer reports are being pulled by requiring that any company attempting to pull a consumer’s report must first obtain consent.

“The Equifax breach left many consumers concerned for their financial safety and illuminated gaps in how we can protect against the effects of a breach of this nature,” said Senator Jason Lewis. “The legislation creates stronger protections against identity theft and data breaches for all consumers in the Commonwealth to better safeguard our financial transactions and give people more control over their personal data.”

The legislation allows increased oversight from Attorney General Maura Healey’s office, which recently filed a lawsuit against Equifax. The Office of Consumer Affairs and Business Regulation will create a process requiring companies to certify that they maintain a consumer information security program as required by existing Massachusetts law.

“Equifax allowed the theft of our personal financial information, and then hid the breach from the public,” said Attorney General Maura Healey. “This bill would require companies like Equifax to pay for credit monitoring and makes it much easier for people to protect themselves from identify theft.”

Similar legislation has already passed in the Massachusetts House of Representatives. Minor differences in the House and Senate versions will be addressed before the legislation can advance to the Governor’s desk.