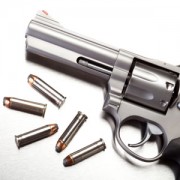 The Massachusetts State Senate passed H.4517, An Act relative to firearms. This extreme risk protection order (ERPO) legislation would expand upon current Massachusetts gun laws by establishing a legal framework to prevent individuals, if deemed a threat to themselves or others, from accessing firearms.

“I’m proud that after a productive debate, the State Senate adopted Extreme Risk Protection Order legislation,” said State Senator Jason Lewis. “This legislation makes Massachusetts residents safer, creating a judicial process for the extremely difficult decisions that we ask law enforcement officers to make regarding individuals in crisis. By providing certainty to our police authorities and a speedy pathway for intervention, the ERPO policy stands to prevent gun violence while also respecting the Second Amendment rights of lawful gun owners.”

This legislation would close a gap in Massachusetts law to allow family members and law enforcement to petition a judge to temporarily suspend an individual’s access to firearms if they are deemed a danger to themselves or others. In addition to potentially preventing an act of gun violence, ERPOs create safer circumstances for individuals to seek treatment or engage other resources to address the underlying causes of dangerous behaviors.

“A temporary, court-ordered firearm removal from an individual in crisis gives local law enforcement authorities increased certainty when tough decisions have to be made quickly,” said Wakefield Police Chief Richard Smith. “The proposed ERPO policy would help local police get a speedy decision from a judge, making us more confident that we’re appropriately exercising our discretion in difficult situations.”

Similar laws already exist in five other states. As of this year, 32 ERPO bills were being considered by 19 states’ legislatures as well as Washington D.C.

The bill will now be reconciled with a version passed by the House of Representatives, before moving to the Governor for final approval.