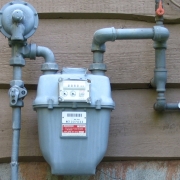 A letter from Senator Jason Lewis to the Joint Committee on Telecommunications, Utilities and Energy:

Please accept this correspondence as my testimony in support of House Bill 4960, An Act relative to the employment of certain workers by National Grid.

As we in the Legislature grapple with the multiple explosions in Merrimack Valley on September 13th of this year caused by over-pressurized gas mains, we need to think long and hard about how the Commonwealth’s gas infrastructure is operated. While natural gas is a tool by which so many heat their homes, cook food, and get hot water, we were reminded on September 13th of how dangerous it can be when not handled with care.

When the United Steel Workers were locked out on June 24th by National Grid, good workers with vast amounts of experience were put on the sideline. USW offered to extend their contract while bargaining continues but National Grid refused. Instead, National Grid decided to sideline those workers and take away their wages and benefits in an effort to gain leverage in negotiations. It is unfortunate that National Grid is utilizing such a tactic. It is a bad faith negotiation tactic and it endangers the citizens of my district and the Commonwealth.

This legislation would deny public funds, including chapter 90 money, to National Grid for use on gas infrastructure work and would prevent National Grid from seeking any increases in rates. Most importantly, this legislation would ensure that the locked out workers receive health insurance so that they receive needed care that we all should expect. If passed into law, the provisions of this bill would last until the end of the lockout, which I hope will come soon.

I respectfully request the Committee to vote favorably on this legislation as soon as possible. Please do not hesitate to contact my office should you require any further information.