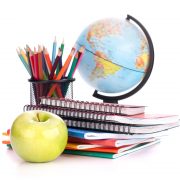 BOSTON — On Friday, State Senator Jason Lewis (5th Middlesex District) and State Representative James O’Day (14th Worcester District) filed legislation in the State Senate and State House of Representatives to revive the “Fair Share Amendment,” a proposed Massachusetts constitutional amendment that could generate as much as $2 billion in new revenue to support the state’s education and transportation systems.

The Fair Share Amendment would add a surtax of four percentage points on annual taxable income that is above $1 million. The new revenue generated by the tax would be invested in public schools, more affordable public colleges and universities, and the repair and maintenance of roads, bridges, and public transportation. To ensure that the tax continues to apply only to the highest-income taxpayers, the $1 million threshold would be adjusted each year to reflect cost-of-living increases.

Right now, the highest-income households in Massachusetts – those in the top 1 percent – pay a smaller share of their income in state and local taxes than does any other income group. Massachusetts has one of the highest rates of income inequality of any state in the nation. The best way to help working families and build a stronger economy for all is to make sure that we have quality public schools for all children, affordable public higher education, and a world-class transportation system.

In 2015, Raise Up Massachusetts launched a campaign for the Fair Share Amendment by collecting more than 157,000 signatures from Massachusetts voters. In May 2016 and again in June 2017, the state legislature, meeting jointly in a Constitutional Convention, voted overwhelmingly to advance the citizen’s initiative proposal and place it on the 2018 ballot.

The Fair Share Amendment was supported by a large majority of Massachusetts voters in repeated public polling, but was challenged by a lawsuit and then removed from the ballot by the state’s Supreme Judicial Court. However, the basis for that disqualification was narrow, and does not apply to a legislative version of the amendment.

“The $2 billion in new revenue that this proposal would raise would go a long way in helping to fix crumbling roads and bridges, improving service on the MBTA and other public transportation, increasing funding for public schools, expanding access to quality early childhood education, and making higher education more affordable for students and families” said Senator Jason Lewis, the bill’s sponsor in the State Senate. “It’s also the best way to raise revenue that would make our tax system fairer and more progressive, rather than increasing taxes on middle class families who cannot afford to pay more.”

“The Fair Share Amendment would be critical to our Commonwealth’s investment in infrastructure, transportation and education – all of which are key to social mobility in the State of Massachusetts,” said Representative James O’Day. “The highest-income households in Massachusetts – those in the top 1 percent – pay a smaller share of their income in state and local taxes compared to other income groups. A tax system like this would alleviate the burden on middle-class families who are struggling to pay more.”

O’Day and Lewis both cited their strong desire to return the decision on the amendment to voters—an opportunity taken away by the Supreme Judicial Court’s 2018 decision—so that the citizens of Massachusetts can decide if the Fair Share Amendment is the best approach for raising necessary revenues, making the tax system fairer, and supporting transportation and education investments across the Commonwealth.