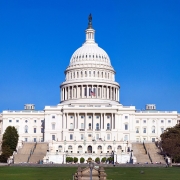 BOSTON — Senate President Karen E. Spilka (D-Ashland) joined with Senator Bruce E. Tarr (R-Gloucester) on Thursday to announce a seven-member, bipartisan working group to examine the challenges facing the Commonwealth in light of the federal government shutdown, as well as to develop creative ways to help those Massachusetts families impacted.

“This shutdown has gone on far longer than expected, and, as a result, Massachusetts families and our economy could start to encounter serious challenges,” said Senate President Spilka. “Creating this bipartisan working group will allow us to effectively strategize ways to protect and care for individuals and families affected by the government shutdown, while also preparing for the long-term implications for our economy.”

“The federal shutdown is already having serious consequences for public employees struggling to pay their bills without paychecks, it also holds a looming possibility of far reaching impacts for our state and our economy,” said Minority Leader Tarr. “While it will hopefully end soon, we shouldn’t wait to consider the actions our state government may need to take to confront and prevent harm to the people of the Commonwealth in the face of this unprecedented situation.  This bipartisan work group will do just that.”

“I don’t think anybody expected that the federal government could be shut down for this long or that we could be facing such serious consequences for so many families and small businesses, not to mention impacts on public health and safety,” said Senator Jason Lewis. “We all hope that this shutdown will end very soon but in the meantime we must assess the harmful impacts on Massachusetts and what steps our state government can take immediately to help mitigate these impacts.”

Working group members will examine ways to help struggling families and individuals find relief and meet their basic needs, including groceries, housing and childcare. It will also evaluate proposals designed to extend unemployment insurance (UI), as well as attempt to assess coming challenges to the Commonwealth if the shutdown continues.

Nearly 8,000 federal workers in Massachusetts have been out of work since the government shutdown began on December 22, 2018. The shutdown is the longest in U.S. history.