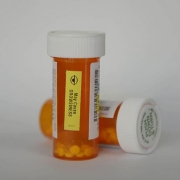 BOSTON, MA – While many Americans struggle to afford their prescription drugs, a new survey of retail prices of commonly-prescribed medications found patients can save hundreds, even thousands of dollars in some cases by shopping around at pharmacies within their communities.

MASSPIRG, Health Care For All, Senator Jason Lewis and Representative Christine Barber and others called for prescription drug pricing reform as MASSPIRG released their report, The Real Price of Medications: A Survey of Pharmaceutical Prices, revealing a wide variation in the retail pricing of prescription drugs by pharmacies large and small, urban and rural.

The report found that on average the median or typical prices for the drugs surveyed was almost 9 times higher than the lowest price found for the same medicines. In Massachusetts, for the medication esomeprazole, a generic drug to treat gastro reflux, the typical price was 1,400% higher than the lowest price. “This is an awful deal: our medications don’t work any better when we pay more for them,” said Deirdre Cummings, legislative director for MASSPIRG.

Nearly 1 in 4 Americans struggle to afford their prescription drugs primarily because of high prices. In Massachusetts, drug spending is the second highest category of spending growth in our health care system.

“Out-of-control pharmaceutical costs are not only a major driver of increased insurance premiums, but also a threat to the quality and affordability of healthcare for economically-vulnerable people across Massachusetts, like senior citizens and low-income families,” said Senator Jason Lewis, the Senate sponsor of the bill. “This legislation is a vital first step towards improving transparency and controlling drug costs.”

The legislation uses a number of strategies that include providing transparency around the underlying costs to produce prescription drugs; restraining abuses of pharmacy benefit managers (PBMs); authorizing the Health Policy Commission to set upper payment limits for unreasonably high-priced drugs; requiring pharmacists to inform consumers if purchasing a drug at the retail price would be cheaper than using health insurance; providing tools to strengthen MassHealth’s ability to negotiate lower drug prices; and permanently authorizing and funding “academic detailing,” an evidence-based prescriber education program.

“This report from MASSPIRG shows the rising costs and lack of transparency over how prescription drugs are priced, which creates a burden on families and small businesses, as well as the state’s budget for MassHealth,” said Rep. Barber, the legislation’s lead House sponsor. “Our bill aims to make prescription drugs affordable and available for Massachusetts consumers by increasing transparency for drug pricing and making the pharmaceutical industry accountable, as we all work to control health care costs.”

“The concept of shared responsibility has been fundamentally important to the health care success story in Massachusetts. Hospitals, insurers, businesses, providers, and consumers have all made meaningful sacrifices to ensure the people of the Commonwealth have the coverage they need and that we work to bring down costs. Each of these entities has put some real skin in the game, but the pharmaceutical industry has not. It is time that they step up and be part of the solution,” said Amy Rosenthal, executive director of Health Care For All.