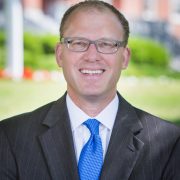 All people are born free and equal and have certain natural, essential and unalienable rights; among which may be reckoned the right of enjoying and defending their lives and liberties; that of acquiring, possessing and protecting property; in fine, that of seeking and obtaining their safety and happiness.

This means that every Massachusetts resident has a right to freedom and safety when dropping their kids off at school, visiting a government building like a courthouse or Town Hall, calling 911 for help in an emergency, or pulling over to ask a local police officer for assistance. It is simple to understand that our communities are more secure, more tightly knit, and more hospitable when every resident is safe and free in their interactions with the community and with their local government.

But because of cruel and draconian federal immigration policies, which indiscriminately target undocumented immigrants for deportation instead of focusing on violent offenders or recent border crossers, immigrants in our communities are justifiably frightened to answer civil court summons, attend parent-teacher conferences, or even to call the police when they are the victims of a crime.

The Safe Communities Act is a bill before the state legislature that will guarantee that in Massachusetts, no one has to live in fear, and everyone’s civil rights will be respected. It pursues this goal with a few key provisions.

First, the bill bars law enforcement and court personnel from asking people about their immigration status unless required by law. The Massachusetts State Police already employs a similar policy. Many immigrants fear that calling 911 or speaking to the police may lead to separation from family members – especially children –making them more vulnerable to domestic abuse, wage theft and other crimes. When crimes like that go unchecked, it hurts the entire community.

Second, the Safe Communities Act protects due process rights of detained immigrants by requiring Immigration and Customs Enforcement (ICE) officers to obtain their consent using a form that explains their right to decline an interview or have their own attorney present. Without these protections, people often make statements or sign documents jeopardizing their immigration cases. Everyone deserves legal representation and the opportunity to defend themselves in court.

Finally, the bill ends contracts with ICE that allow state and county law enforcement personnel to act as federal immigration agents at state taxpayers’ expense. Massachusetts is the only state in New England to have such agreements, which redirect already-scarce police resources to do the job of federal officials, instead of community policing and other local priorities.

The Massachusetts Chiefs of Police Association have supported the Safe Communities Act because police chiefs understand that it will help our local law enforcement officers to do their jobs and make our communities safer for all. Unfortunately, some opponents of the bill falsely claim that it will prevent immigrants from being arrested for committing a crime; in fact, any person who commits a crime– including any documented or undocumented immigrant– would continue to be held fully responsible under state and federal law.