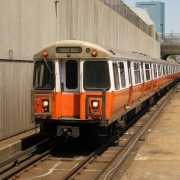 As published by CommonWealth Magazine on June 8, 2021.

The Fair Share Amendment — which would assess an additional tax of four percentage points on annual taxable income above $1 million and invest the proceeds in transportation and public education — has been discussed and debated for many years. It has been voted on three times in previous Constitutional Conventions convened by the Legislature, and has received strong support every time. In public polling, this proposal typically receives support from more than 70 percent of voters in Massachusetts.

The reason why the Fair Share Amendment is so popular is that most people recognize that our wealthiest residents can afford to pay a bit more in taxes to help fund investments that expand opportunity and make our Commonwealth more just and equitable for all.

From World War II through the late 1970s, economic growth and prosperity in our state and nation was broadly shared. Since 1979, however, average income for the top 1% has grown at an annual rate that is ten times greater than the growth of average income for the bottom 90%. In other words, a hugely disproportionate share of all new income and wealth over the past four decades has gone to those who are already very rich.

This is not because working people aren’t working hard enough. In fact, they are working longer hours, and often multiple jobs. Worker productivity has increased an astounding 65% since 1979. And yet, working families are struggling to get by every day, living paycheck to paycheck.

As this inequality has grown over the past few decades, Massachusetts hasn’t made the investments in public services that are necessary to make our economy work for everyone. Our public schools and colleges lack the resources they need to prepare students for the 21st century economy. We’ve let our roads, bridges, and public transportation infrastructure crumble because we haven’t invested in maintaining and upgrading them. As a result, for many young people, the American Dream seems ever more elusive, if not downright impossible.

While there are many factors that have contributed to such high levels of inequality, our state tax policy is one of these factors. Moreover, unlike the forces of globalization or rapid technological change or federal fiscal policy, state tax policy is within our direct control. Incredibly, lower- and middle-income taxpayers in Massachusetts pay a greater percentage of their annual income in state and local taxes than the highest-income taxpayers do. This is deeply unfair.

The Fair Share Amendment would raise substantial new revenue to support public investments that are critical to our pandemic recovery and building a more just economy, and do it by making our tax system more equitable. It will provide funds to:

Critics of the Fair Share Amendment claim that millionaires will flee Massachusetts, especially now that remote work has become more popular. Yes, some wealthy people may retire to Florida or Arizona, where it doesn’t snow; but that happens already. The overwhelming evidence from detailed studies of state tax policy strongly suggests that the vast majority of high-income households will not leave the state simply because of a slightly higher marginal tax rate. After all, one of the advantages of making more than a million dollars a year is that you can afford to live where you want, and there are many other good reasons to stay in Massachusetts.

In fact, investments in a stronger education system and improved transportation infrastructure will strengthen our economy, expand opportunity, and make Massachusetts an even more desirable place to live, work, raise a family, and build a business. With a 9% top marginal tax rate, Massachusetts would be in line with many other high-income states, including California, New York, New Jersey, Vermont, Minnesota, and Oregon. Even many red states have top marginal income tax rates well above our current 5% rate.

We hope that our colleagues in the legislature will join us in voting one final time in favor of the Fair Share Amendment, sending it to the November 2022 ballot where the voters of Massachusetts will have the final say.

The Fair Share Amendment was approved in a June 9, 2021 joint session of the Legislature by a margin of 159-41.