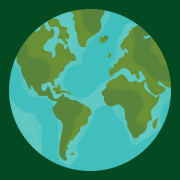 Amid alarming reports by the Intergovernmental Panel on Climate Change, State Senator Jason Lewis joined his colleagues in the Massachusetts Senate on Thursday to pass a major climate bill, An Act Driving Climate Policy Forward. The bill addresses climate change in three primary areas — clean energy, transportation, and buildings — with the aim of achieving the Commonwealth’s ambitious goal of reaching net-zero greenhouse gas emissions by 2050, which the Legislature codified into law in 2021.

“Massachusetts is a national and global leader in combating climate change and shifting our economy away from dirty fossil fuels to clean, renewable sources of energy like offshore wind and solar,” said Senator Jason Lewis. “But the scale and urgency of the climate challenges we face demand that we rapidly expand our burgeoning offshore wind energy industry and accelerate efforts to green our transportation sector and buildings.”

The bill includes significant provisions to support and accelerate the deployment of clean energy infrastructure:

The bill includes numerous strategies to reduce emissions in the transportation sector, which is the largest source of greenhouse gas emissions in Massachusetts:

The bill also includes significant provisions to tackle the challenging issue of reducing emissions from buildings:

The bill now heads to a Conference Committee to reconcile differences with a previously passed House climate bill, before sending the final version to Governor Baker’s desk.