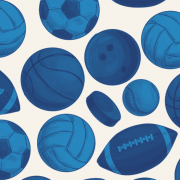 (BOSTON) State Senator Jason Lewis joined his Massachusetts Senate colleagues on Thursday to pass An Act regulating sports wagering which would legalize commercial sports betting in Massachusetts. The bill, which would allow for both in-person and online sports betting, includes several strong consumer safeguards and addresses gambling addiction and recovery. This legislation is estimated to generate $35 million in tax revenue annually for the state.

“I appreciate that the state Senate has taken a careful and thoughtful approach to the issue of legalizing sports betting in the Commonwealth,” said Senator Jason Lewis. “The Senate’s bill will enable Massachusetts to join the majority of other states in permitting legal sports gambling, but ensure that our state has very strong consumer protections and seeks to prevent and mitigate problem gambling and addiction as much as possible.”

The legislation would allow for bets to be placed on a professional sport or athletic event, such as the Super Bowl or World Series, and establishes a licensing process that is inclusive of the state’s existing casino and slot parlor industry. In addition to sports wagering being offered at existing casinos, the bill contemplates six licenses to be awarded through a competitive process to companies which promote job growth and local economic development; responsible gambling; diversity, equity and inclusion; and which have local community support. Those six licensees would be permitted to operate both in-person at a retail facility and online wagering. Wagering would not be permitted on electronic sports, amateur sports or athletic events including high school and youth sports, Olympic-related competitions, or collegiate sports. All leading Massachusetts Division 1 universities have previously expressed their strong opposition to allowing college sports betting.

Mindful of the harmful impacts of compulsive gambling and risks of addiction, the Senate bill is intentional in its efforts to promote responsible gambling and takes strong steps to protect consumers. To that end, the bill would:

With legislation relative to sports betting having previously passed the Massachusetts House of Representatives, a Conference Committee will now be established to reconcile the differences between the two bills.