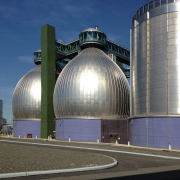 “I’m pleased that passage of this important legislation will provide funding over the next five years for a wide variety of necessary public infrastructure projects across Massachusetts,” said Senator Jason Lewis. “This funding will enable the state to improve and upgrade health care facilities, courts, public higher education facilities, and state government’s IT infrastructure including unemployment insurance access, as well as building upgrades to reduce carbon emissions and other general facilities improvements.”

The bill authorizes funding for infrastructure upgrades and improvements, including:

The bill also includes a five-year moratorium on the construction of any new prisons in Massachusetts.

The House and Senate will now work to reconcile the differences between the bills passed in each branch, before the final version is sent to Governor Baker for his signature.