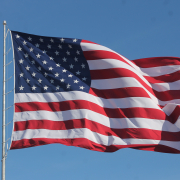 The Massachusetts House of Representatives and Senate recently passed two bills to better support the needs of veterans, active duty service members, and their families in the Commonwealth. An Act relative to the governance, structure, and care of veterans at the Commonwealth’s veterans’ homes makes key reforms to the governance structure and operations of the state’s two veterans’ homes. An Act relative to military spouse-licensure portability, education, and enrollment of dependents, also known as the SPEED Act, expands support for military families that relocate to Massachusetts. Both bills have been signed into law by Governor Baker.

“Our veterans, active duty service members and their families have made many sacrifices in service to our country,” said Senator Jason Lewis. “I’m very pleased that with the passage of these two bills we will ensure that our veterans’ homes provide the highest quality care to their residents, and that we are providing as much support as possible to our military families, including when they newly relocate to Massachusetts.”

An Act relative to the governance, structure, and care of veterans at the Commonwealth’s veterans’ homes requires all state-operated veterans’ homes to be licensed as nursing homes by the Department of Public Health (DPH); prescribes certain qualifications and responsibilities for the superintendent and medical director of each home; elevates the Secretary of Veterans Services to report directly to the Governor; and creates a new Office of the Veteran Advocate to ensure that veterans are receiving all services in a humane and dignified manner.

Following the tragedy at the Holyoke veterans’ home in 2020, which resulted in the COVID-19 related deaths of 78 veterans, the state legislature established a Special Joint Oversight Committee to investigate the causes of this tragedy, and their recommendations formed the basis for this legislation.

The SPEED Act, which is the second bill recently passed by the state legislature, expands support for military families who relocate to Massachusetts, including occupational license portability for spouses and support for school enrollment for children. The bill also establishes the Purple Star Campus Program, to designate schools that demonstrate a commitment to students and families of service members, and the Massachusetts Medal of Fidelity to be presented to the next of kin of a service member or veteran who died as a result of service-connected post-traumatic stress disorder, or a service-connected condition resulting from a traumatic brain injury or exposure to harmful toxins.