Senator Lewis is excited to champion a bold legislative agenda for the 2021-2022 legislative session.

He has filed dozens of bills to advance equity, opportunity, justice, and sustainability for our communities and Commonwealth. He is also a proud co-sponsor of many bills filed by Senate and House colleagues.

Proposal for a legislative amendment to the Constitution (“The Fair Share Amendment”) to provide resources for education and transportation through an additional tax on incomes in excess of one million dollars (SD.1709)

Reduces economic injustice in Massachusetts by taxing the wealthy in order to support programming that helps all Massachusetts residents. The Fair Share Amendment adds a 4% income surtax on incomes over $1M, and directs new revenue to education and transportation purposes.

Protects working families and our communities by guaranteeing all workers at least 80 hours of job-protected paid sick time for immediate use during the COVID-19 pandemic or future public health emergencies. (Filed in the House by Representatives Donato and Garballey as HD.531).

An Act relative to the fair treatment of employees (SD.284)

Protects employees who use legal cannabis on their own time by prohibiting employers from discriminating against employees for their cannabis use.

Supports working families by giving rideshare drivers the opportunity to organize and collectively bargain in order to advocate for better pay and working conditions. (Filed in the House by Representative Decker as HD.1308).

An Act relative to the collective bargaining rights for employees of the committee for public counsel services (SD.474)

Enables employees of the Committee for Public Counsel Services to form a collective bargaining unit, and address a longstanding inequity among the state’s public employees.

An Act to ensure gender parity on public boards and commissions (SD.521)

Promotes gender and racial equity and more diverse leadership by requiring the membership of public boards and commissions to reflect the gender and racial makeup of the state’s population. (Filed in the House by Representative Haddad as HD.2082).

An Act to ensure more women serve on corporate boards of directors (SD.1131)

Promotes gender equality by requiring greater inclusion of women on corporate boards of directors, in a phased-in approach. By the end of 2023, these boards must include at least one female director, and two or three women on the board by the end of 2025 (depending on the size of the board).

Addresses economic injustice by assessing an additional 2% corporate excise tax on corporations if the CEO or other highest paid employee of a for-profit, publicly traded corporation or financial institution earns more than 100x what the median worker in that corporation earns.

Restores overtime pay protections for moderate income workers by updating salary thresholds for those eligible for overtime and removing state-specific exemptions from the protections.

Grants greater voice and power to workers by requiring employee election for 2 out of every 5 members of corporate boards of directors of large firms (gross receipts greater than $100M).

An Act establishing the Office of Massachusetts Main Streets (SD.500)

Lifts up our small businesses by establishing an Office of Main Streets under EOHED. The office would be charged with identifying local needs, and would provide on-site consulting, training and technical assistance to support downtown revitalization efforts.

Quality, Affordable Healthcare for All

An Act to establish the family caregiver tax credit (SD.400)

Helps support caregivers by providing an income tax credit of up to $1,500 to cover expenses incurred for the care and support of a qualifying family member. (Filed in the House by Representative Dave Rogers as HD.2902).

Addresses increasing rates of diabetes and related health complications by requiring the Department of Public Health to develop and implement a statewide diabetes action plan.

An Act to require the disclosure of lead in water pipes (SD.464)

Protects the health of our children by requiring the disclosure of the presence of lead in residential water pipes prior to sale. Many homes in Massachusetts have lead pipes connecting municipal water to the home; and homeowners have access to state and local assistance programs to help replace these lead pipes.

An Act to promote healthy alternatives to sugary drinks (SD.479)

Improves health and reduces healthcare costs by reducing consumption of sugary beverages linked to high rates of diabetes, heart disease, obesity, and other health conditions. Establishes a tiered per ounce sugary beverage tax estimated to generate $300-400M annually that would be invested in programs to improve children’s health and reduce health disparities. (Filed in the House by Representatives Khan and Santiago as HD.1420).

An Act to protect youth from the health risks of sugary drinks (SD.478)

Prevents youth obesity and other costly health conditions through programs to educate the public about the dangers of sugar-sweetened beverages and healthy alternatives, and prevents the sale of sugary drinks in schools.

Improves quality of care for our autistic and intellectually disabled residents by establishing an accredited certification program for medical professionals specializing in their care.

An Act strengthening the Attorney General’s tools to protect nursing home residents and other patients from abuse and neglect (SD.1028)

Protects our seniors from nursing home abuse by increasing outdated fines and extending the statute of limitations. (Filed in the House by Representative Balser as HD.1575).

An Act to update Medicaid resource limits for seniors (SD.1195)

An Act regarding Medicare savings programs eligibility (SD.1196) – filed together with Senator DiDomenico

Increases access to care and saves seniors money by expanding income eligibility for the federal Medicare Savings Programs to 200% of the federal poverty limit and eliminating the asset limit. (Filed in the House by Representatives Decker and Ultrino as HD.2029).

An Act providing affordable and accessible high quality early education and care to promote child development and well-being and support the economy in the Commonwealth (SD.1307) – filed together with Senator Moran

Creates a framework to phase-in universal access to high quality, affordable early education and child care. This bill will improve child development, strengthen and support early ed providers and educators, help working families, and better support the needs of businesses and a stronger, more equitable economy. (Filed in the House by Representatives Gordon and Madaro as HD.1960 and supported by the statewide Common Start Coalition).

An Act to increase access to higher education for disadvantaged students (SD.1873)

Increases access to higher education for disadvantaged students by eliminating any requirement that a standardized test be required for admission to a higher education institution (with certain exemptions).

An Act relative to anti-racism, equity and justice in education (SD.2014)

Advances racial justice through establishment of a new permanent commission and public-private trust fund to support anti-racism efforts, curriculum development, professional development, and educator diversity in our public schools. (Filed in the House by Representatives Elugardo and Uyterhouven as HD.3341).

Creates a Student Tuition Recovery Fund to help MA students who have been harmed by for-profit schools. The Fund would give eligible students a chance to recover tuition and related costs if the for-profit school they attended closed, failed to provide the services promised to their students, or violated state law.

An Act to increase student access to career technical education schools and programs which are aligned with regional labor market needs (SD.470)

Promotes racial diversity in our classrooms by allowing the Commissioner of Elementary and Secondary Education to suspend MTEL requirements so long as the prospective licensee has demonstrated classroom teaching excellence, along with other strategies to increase the recruitment and retention of educators of color. (Filed in the House by Representative Peisch as HD.3641).

Improves efficiency for school districts by updating the Uniform Procurement Act to reduce bidding requirements for projects under $100,000. (Filed in the House by Representative Garlick as HD.2629).

An Act establishing a commission on automated decision-making by government in the Commonwealth (SD.457)

Creates a commission to better understand the use of artificial intelligence, automation, and algorithms in government decision-making, particularly equity concerns. (Filed in the House by Representative Garballey as HD.1750).

An Act relative to the expungement of convictions for marijuana possession (SD.444)

Addresses racial injustice by enabling people with criminal records related to minor marijuana possession offenses to get their record expunged.

An Act related to a universal basic income pilot (SD.454)

Promotes economic justice and personal responsibility through the creation of an office to solicit philanthropy, manage contracts, and govern deliverables for the purpose of establishing a universal basic income pilot program. Creates an advisory body of academics to advise on design of the program, research objectives, and measuring outcomes.

An Act to reduce single-use plastics from the environment (SD.2209)

Protects the environment and public health through a comprehensive effort to reduce and eliminate many types of single-use plastics from our environment where more sustainable and greener alternatives already exist. (Filed in the House by Representative Ciccolo as HD.3596).

Enhances hen welfare by mandating access to enrichments across the various types of cage-free systems, providing them with the opportunity to engage in natural behaviors such as perching, scratching, dust bathing, and laying eggs in a nest. Supported by both egg producers and animal welfare groups. (Filed in the House by Representative Cahill as HD.596).

An Act relative to the use of glyphosate on public lands (SD.455)

Protects the environment and public health through a ban on the use of glyphosate, a harmful herbicide found in products such as Roundup, on public lands.

Addresses the continued decline in bee populations through establishment of a commission to study statewide opportunities for improving pollinator health by increasing and enhancing native habitat.

An Act relative to ivory and rhinoceros horn trafficking (SD.487)

Protects endangered species threatened by the ivory trade through a prohibition on the sale and trade of ivory and rhino horns in Massachusetts. (Filed in the House by Representative Ehrlich as HD.1457).

An Act relative to building energy and decarbonization (SD.2197)

Promotes a greener future, invests in our shared infrastructure, and reduces carbon emissions through policy changes that: remove state funding from fossil fuels; add a green workforce board to the Massachusetts Clean Energy Center; establish a building retrofit program; update the stretch code; and provide targeted interventions to overburdened communities. (Filed in the House by Representative Meschino as HD.3593).

Investing in Transportation and Infrastructure

An Act relative to peer to peer car sharing (SD.483)

Protects consumers of peer to peer car sharing networks through establishment of a new regulatory framework and authorizes the Department of Public Utilities to further regulate as necessary.

An Act to protect motorists from excessive EZ-Pass fees and fines (SD.485)

Protects drivers from accumulation of unreasonable EZ-Pass fees and fines by requiring the Department of Transportation to contact drivers with toll fine balances over $100 and inform them of their account status. (Filed in the House by Representative Owens as HD.2146).

Supports continued investment in our transportation infrastructure through the establishment of a vehicle miles traveled (VMT) pilot program to explore this alternative to the gas tax.

Strengthens our democracy and civic engagement by making mail-in voting permanent even after the pandemic ends.

An Act relative to digital entertainment on public rights of way (SD.834)

Promotes civic engagement and helps fund public access stations by extending the assessment on cable subscriptions to digital streaming services. (Filed in the House by Representatives Meschino and Tucker as HD.1440).

An Act to modernize participation in public meetings (SD.2143)

For details on all legislation that Senator Lewis has filed or co-sponsored, and to track the progress of these bills, you can visit his Legislator Profile on MALegislature.gov. 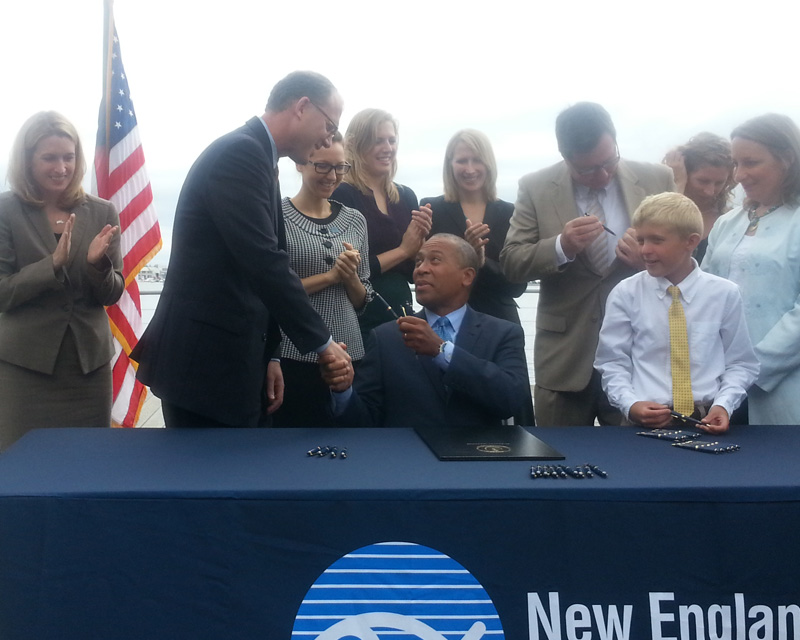 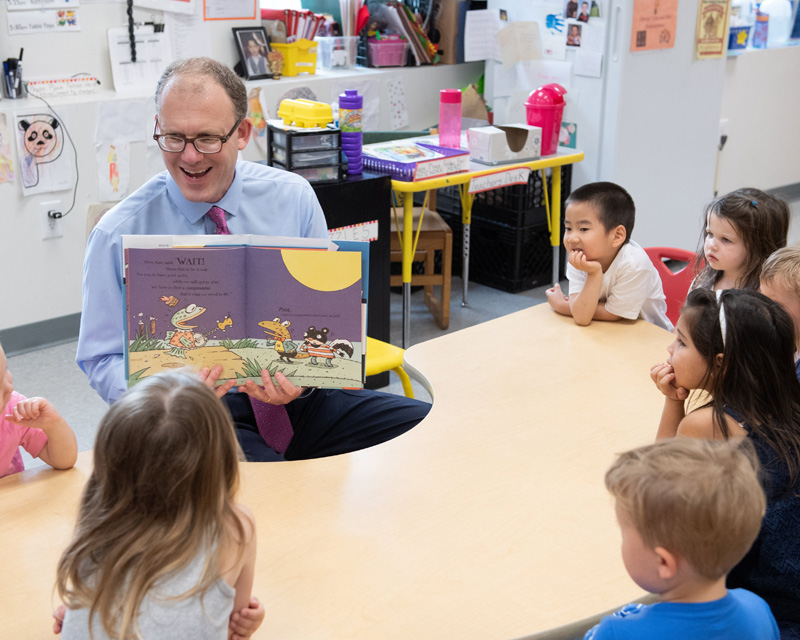 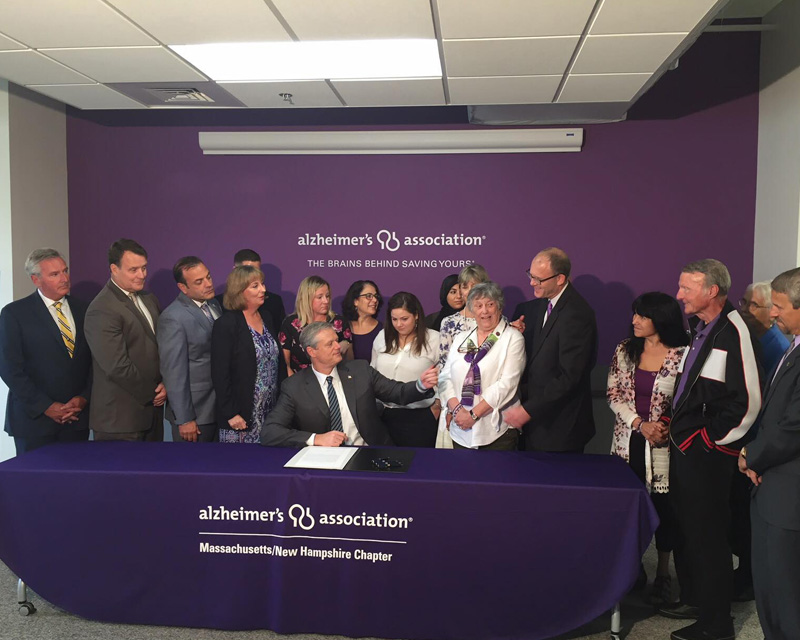