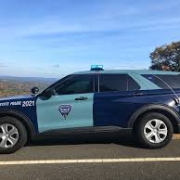 Yesterday, Senator Jason Lewis, along with his colleagues in the Senate and House, voted to pass An Act relative to justice, equity and accountability in law enforcement in the Commonwealth.  The legislation represents the most comprehensive and intentional legislative response to incidents involving police practices in Massachusetts communities.  It creates an independent, civilian-led commission to standardize the certification, training and decertification of police officers, bans the use of chokeholds, limits the use of deadly force, creates a duty to intervene for police officers when witnessing another officer using force beyond what is necessary or reasonable under the circumstances, and takes steps to break the school-to-prison pipeline. It also creates a first-in-the-nation statewide moratorium on biometric surveillance systems, which include facial recognition technology.

“The vast majority of our law enforcement officers are dedicated public servants who are charged with doing extremely challenging and important work to keep our communities safe,” said Senator Jason Lewis. “At the same time, this year’s national reckoning with racial injustice shows that we must also recognize both the long history and many recent examples of police violence and bias directed at people of color, including here in Massachusetts. By strengthening police standards, training, and accountability, this legislation is a major step forward in advancing racial justice, equity, and public safety in the Commonwealth.”

The bill creates a Massachusetts Peace Officer Standards and Training Commission (MPOSTC)—an independent state entity, the majority of which is composed of civilians—to standardize the certification, training and decertification of police officers. The commission will have independent power to investigate misconduct and will serve as the civil enforcement agency to certify, restrict, revoke, or suspend certification for officers, agencies and academies, among other duties regarding regulations regarding use of force standards, and the maintenance of a publicly available database of decertified officers. Within the Commission, there will be two divisions: The Division of Police Training and Certification, under the management and control of the newly established Committee on Police Training and Certification, and the Division of Police Standards.

The bill establishes strong guardrails governing the use of force, prohibiting certain actions and requiring the use of de-escalation tactics. The Committee on Police Training and Certification will promulgate regulations for use of force standards in areas including the use of physical or deadly force, the discharge of a firearm into a fleeing motor vehicle and the use of tear gas, rubber pellets and dogs. The legislation also bans the use of chokeholds.

The legislation establishes a duty to intervene, requiring that an officer intervene if he or she sees another officer using physical force beyond that which is necessary or objectively reasonable based on the totality of the circumstances, unless intervening will result in imminent harm to the officer or another identifiable person.

In addition, the legislation requires a police department with advance knowledge of a planned mass demonstration or protest to attempt, in good faith, to communicate with the organizers of the event. The department will be required to make plans to avoid and de-escalate potential conflict and designate an officer in charge of these plans.

The legislation establishes a special legislative commission to study and examine the civil service law. This commission will study the hiring procedures, personnel administration rules, employment, promotion, performance evaluation, and disciplinary procedures for civil service employees, municipalities not subject to the provisions of the civil service law, and the Massachusetts State Police to improve diversity, transparency and representation in the recruitment, hiring and training of these groups.

The legislation also creates three special legislative commissions to study the presence of institutional racism in the criminal justice system and make policy or legislative recommendations to eliminate disparities.:

The legislation also sets standards for qualified immunity under which qualified immunity would not extend to a law enforcement officer who, while acting under color of law, violates a person’s right to bias-free professional policing if that conduct results in the officer’s decertification by MPOSTC. It also establishes a commission to investigate and study the impact to the administration of justice of the qualified immunity doctrine in the Commonwealth.

The legislation bans a public agency or employee from acquiring, accessing, or using any software that captures biometric data, including facial recognition, except by the Registry of Motor vehicles. A law enforcement agency may only request that the RMV perform a search of its facial recognition database in cases of immediate danger or pursuant to a warrant based on probable cause. The legislation also establishes a special legislative commission to study the use of facial recognition technology by the Massachusetts Department of Transportation.

In addition, the legislation includes the following provisions:

The legislation establishes the following commissions, task forces and studies:

The bill now goes to the Governor.