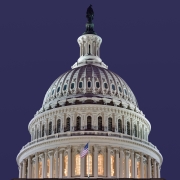 A Statement from Senator Jason Lewis Following the January 6 Attack on the U.S. Capitol

Yesterday’s insurrection by pro-Trump domestic terrorists who stormed the U.S. Capitol was a disgraceful assault on our democratic system and institutions, incited by President Trump and his Republican enablers in Congress. President Trump has demonstrated time and again that he is unfit for office and he should immediately resign or face removal from office by impeachment or invoking the 25th Amendment (which is also necessary to ensure that he cannot run again for president in 2024).

I am also deeply troubled by the stark contrast between the treatment of the mob yesterday by law enforcement and the treatment of peaceful Black Lives Matter protesters. Systemic racism in law enforcement and across our society, along with white supremacy, must be forcefully confronted and rooted out. It is my hope that under the leadership of President-elect Biden and Vice President-elect Harris we will finally make major strides working together to achieve racial justice and equity in this country.
https://senatorjasonlewis.com/wp-content/uploads/2021/01/US_Capitol_dome_Jan_2006-scaled.jpg 2560 2297 Jason Lewis http://senatorjasonlewis.com/wp-content/uploads/2013/12/Lewis_Web_Header1.png Jason Lewis2021-01-07 18:27:502021-01-07 18:41:06Statement from Sen. Lewis on Jan. 6 Attack on the U.S. Capitol
Legislature Passes Landmark Climate Change Bill