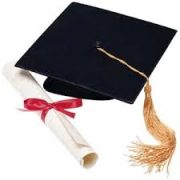 The Massachusetts State Senate voted on Thursday to pass the “Student Loan Bill of Rights,” giving greater protections to student loan borrowers in disputes with companies servicing their loans. Advancing this legislation represents a victory at the intersection of economic justice and consumer protection, offering greater safeguards for our student population against unscrupulous lenders.

The bill, S.2380, An Act establishing a student loan bill of rights, requires student loan servicers to be licensed companies with the state Division of Banks, and empowers state officials to investigate the servicers and take action against those that violate the state’s banking and consumer protection laws.

The bill also supports the ongoing work of Attorney General Maura Healey’s Student Loan Assistance Unit by establishing a Student Loan Ombudsman in the Attorney General’s Office, who will lead efforts to respond to complaints from student loan borrowers and help them understand their rights. This measure to provide greater assistance navigating this financially perilous terrain is especially important given efforts at the federal level to weaken scrutiny on lenders.

Nationally, borrowers hold over $1.2 trillion in student debt, with student loan debt surpassing even credit card debt this decade. In Massachusetts, one in four people hold student debt, and the average balance has increased 75 percent over the last 10 years.

Under the bill, student loan servicers would have to apply for licenses from the state, which the Commissioner of Banks could revoke if the servicer is engaged in abusive practices such as overcharging students or steering them into costlier repayment plans to make higher profits.

Student loan servicers that break state licensing requirements or take advantage of students could be fined and forced to repay student borrowers under the bill.

The bill now goes to the State House of Representatives.

Senate Passes Credit Protection Bill to Protect Consumers in the Wake of Equifax...
Scroll to top