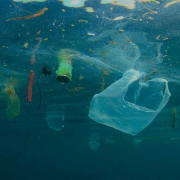 BOSTON – On November 20, The Massachusetts State Senate passed a bill that would implement a statewide ban on all carry-out plastic bags at checkout from retail stores.

The bill requires retailers to charge at least 10 cents for a recycled paper bag at check out, and directs that five cents of the amount collected from the sale of paper bags go back to the city or town for enforcement of the ban, as well as for other municipal recycling efforts.  The retailer may keep the remainder of the fee to recoup the costs of providing paper bags.

“This legislation reflects our Commonwealth’s strong commitment to protecting the environment while collaborating and consulting closely with stakeholders from both the retail and environmental community,” said Senator Jason Lewis, who voted for the bill’s passage. “Many of our communities have already passed measures to limit plastic bags and encourage the use of reusable bags, and this bill will improve fairness by setting the same standards statewide and have a bigger impact on environmental protection than any single city or town could create on its own.”

To provide consistency for retailers across the state, the bill would preempt existing plastic bag bans already implemented in cities and towns.  In addition, the ban would continue to allow for plastic bags for specific products where plastic serves an enhanced purpose, such as for produce, poultry or other food items to keep them fresh, or for frozen items or items prone to leak, for example.

To address concerns about cost, the bill allows small retail shops, which use a small number of carry-out bags, additional time to comply with the fee requirement.  It also allows persons paying for their purchase with an EBT card to acquire their recycled carry-out paper bag for no fee.

Single use plastic bags are particularly detrimental to the environment.  Only a small amount of the billions of plastic bags used in the US are recycled, as they contaminate curbside single stream recycling systems.  Those that are recycled are not turned into new plastic bags, meaning new plastic must be produced to create new bags.

Because plastic bags are abundant and unlikely to be recycled, they end up as litter.  In the ocean, whales, sea turtles, and birds become seriously injured or die when they mistake plastic bags for food.  In landfills or when incinerated, plastic bags release contaminants into the ground or air, further damaging the environment.

Over 100 Massachusetts cities and towns have already passed local laws banning plastic, as have Maine, Vermont, New York City, Washington DC, Hawaii, California, Connecticut and Delaware.  Of those jurisdictions, California, Connecticut and Vermont all charge 10 cents for a disposable bag, while Oregon, Maine and DC and NYC all charge five cents.  Fees on paper bags have proven to be an important tool for reducing disposable bag usage.  In Cambridge, Massachusetts, for example, which has had a 10 cent fee on paper bags in place for over three years, they have seen a 50 to 80% reduction in single-use bags taken out at stores.

The bill now moves to the House of Representatives for further consideration.