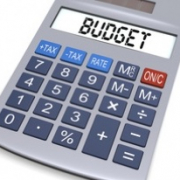 The Massachusetts State Senate on May 28 unanimously passed a $47.7 billion budget for Fiscal Year 2022 (FY22), which starts on July 1, after three days of robust deliberations and debate. Approved with unanimous bipartisan support, the budget maintains fiscal responsibility and recommends targeted investments to address emerging needs, safeguard the health and wellness of the most vulnerable populations and ensure residents will benefit equitably as the state recovers from the impacts of the COVID-19 pandemic.

“This budget represents an essential step forward as our Commonwealth looks ahead to recovering from the pandemic and rebuilding a strong and equitable economy for Massachusetts families, businesses and communities,” said Senator Jason Lewis, Assistant Vice Chair of the Senate Committee on Ways and Means and Senate Chair of the Joint Committee on Education. “I’m especially proud that this budget invests substantially in Massachusetts K-12 public schools and in early education and child care, which form a key pillar of economic opportunity for millions of working parents and families across the state.”

As a cornerstone of the Commonwealth’s equitable recovery, the Senate’s budget protects access to educational opportunity and charts a path forward for students, families, educators, and institutions. The budget maintains the Senate’s commitment to implementing the Student Opportunity Act (SOA) by FY 2027. The Senate proposal fully funds the first year of the SOA consistent with the $5.503 billion local aid agreement reached in March with the House Committee on Ways and Means, amounting to an increase of $220 million over FY21.

Despite the uncertainty created by the pandemic, this increased level of investment represents a 1/6th implementation of SOA rates and ensures that school districts across the Commonwealth have adequate and equitable resources to provide high quality educational opportunities for all students. The Senate’s budget also includes $387.9 million for the Special Education (SPED) Circuit Breaker, reimbursing school districts for the cost of educating students with disabilities at the statutorily required 75 per cent reimbursement rate. In addition, recognizing that school districts across the state have experienced fluctuations in student enrollment related to the COVID-19 pandemic, the Senate’s budget creates a $40 million reserve consistent with the March local aid agreement to provide additional aid to districts experiencing increases in student enrollment compared to October 2020.

The Senate’s budget confronts the frontline health care impacts of the pandemic to navigate the challenges posed by COVID-19. It also sustains support for the state’s safety net by funding MassHealth at a total of $18.98 billion, thereby providing over 2 million of the Commonwealth’s children, seniors, and low-income residents access to comprehensive health care coverage. Understanding that the pandemic has strained the health care safety net, the Senate’s budget also invests over $1 billion to support vital mental and behavioral health initiatives while ensuring children and families continue to receive supports across the continuum of services provided.

The Senate’s FY 2022 budget employs a sensible approach to maintain long-term fiscal health by including up to $1.55 billion from the Stabilization Fund. It draws $50M less from reserves than the budget proposed by the Administration, ensuring that the Commonwealth maintains healthy reserves for years beyond the pandemic. Additionally, the Senate’s budget relies on $575 million from enhanced Federal Medical Assistance Percentage (eFMAP) reimbursements and $15 million in FEMA reimbursements to take advantage of changes at the federal level to maximize revenue opportunities. It also excludes the use of federal American Rescue Plan funds: the Senate will work collaboratively in the coming months to develop a responsive and thoughtful plan to support the needs of the Commonwealth.

During this week’s debate, the Senate adopted two amendments that highlight its targeted focus on finding opportunities to enhance revenue and be prudent stewards of taxpayer dollars. When Massachusetts first regulated ride-share companies such as Uber and Lyft, the legislation included a novel $0.20 fee per ride to mitigate the impacts on congestion.  Since that time, jurisdictions across the country have adopted fee structures to more appropriately capture the impact that ride share companies have on the roadways, and better incentivize consumer behavior. To that end, the Senate budget increases the current $0.20 fee to $1.20 for solo rides and adds an additional $0.20 fee to rides that begin in end in the MBTA core, among other changes. All increased revenue from the rides will go back to the transportation system to invest in public transit and other mobility improvements.

The Senate also adopted a budget amendment to implement several recommendations of the newly created Tax Expenditure Review Commission.  The commission thoroughly reviewed spending through the tax expenditure budget and highlighted several expenditures that no longer serve their desired purpose.  The Senate heeded the advice of the commission and eliminated several such expenditures, slated to save taxpayers several million dollars beginning in tax year 2022.

Added $500,000, during debate, for a contraceptive access public awareness campaign to promote awareness of a 2017 law which gives an individual access to 12-month prescription of co-pay free birth control. In addition to these health care investments and in response to oversight hearings held by the Joint Committee on COVID-19 and Emergency Preparedness, the Senate adopted an amendment requiring the Secretary of Health and Human Services, in consultation with the office of health equity and the department of public health, to establish a set of quantitative goals and benchmarks to define and achieve equitable vaccine administration in communities disproportionately impacted by COVID-19.

As the Senate works to emerge from the pandemic stronger and more resilient, it remains committed to an equitable recovery, expanding opportunity, and building a more inclusive Commonwealth. To that end, the Senate’s budget takes a number of critical steps to support workers and lift up working families with economic opportunities.

In addition to investments that support an equitable recovery and opportunity for all, the Senate’s budget addresses the increasing costs of caregiving for low-income families by converting existing tax deductions for children under 12, dependent adults and business-related dependent care expenses into refundable tax credits. Coupled with the expanded Child Tax Credit and the Child and Dependent Care tax credits under the federal American Rescue Plan Act, the Senate’s child tax credit will help to lift 85,000 families out of poverty and support low-income working parents.

Additionally, the Senate’s budget builds on the success of last year’s efforts to tackle ‘deep poverty’ with a 20 per cent increase to Transitional Aid to Families with Dependent Children (TAFDC) and Emergency Aid to the Elderly, Disabled and Children (EAEDC) benefits over December 2020 levels, ensuring families receive the economic supports they need to live, work and provide stability for their children.

Over a year into the pandemic, the role that access to affordable housing has played in our economic recovery is clear. Recognizing this, the Senate’s budget invests $572 million in housing and homelessness services. In addition to the more than $800 million in federal resources made available to support housing stability efforts, the Senate’s investment will help to keep families in their homes and support tenants and property owners during this uniquely challenging time.

The Senate’s budget reflects the Senate’s unwavering support for cities and towns and provides a significant amount of local and regional aid to ensure communities can continue to provide essential services to the public while addressing local impacts caused by the pandemic. This includes $1.168 billion in funding for Unrestricted General Government Aid (UGGA), consistent with the March local aid agreement, to support local level investments and provide predictability for municipalities. In addition to traditional sources of local aid, the Committee’s budget increases payments in lieu of taxes (PILOT) for state-owned land to $35 million. PILOT funding is a vital source of supplemental local aid for cities and towns working to protect and improve access to essential services and programs during recovery from the pandemic.

Differences between the Senate budget and the version passed by the Massachusetts House of Representatives in April are expected to be reconciled through a Conference Committee.

Column: The Fair Share Amendment Will Make the Commonwealth Stronger and More...
Scroll to top